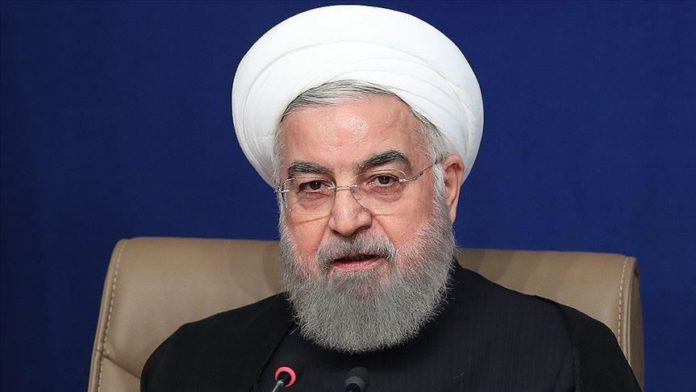 “The US has waged an economic war against Iran by sanctions on the dollar, banking ties, economic institutions, and business companies,” Rouhani said at a cabinet session.

He said Iran was under economic sanctions since 1980, but the economic war has begun in 2018.

Underlining that a US resolution proposed to the UN Security Council to extend the arms embargo on Iran was rejected, Rouhani said: “This victory and success belongs to the great Iranian nation.”

Tensions between the two sides have escalated recently, especially after the UN Security Council rejected a US demand to extend the UN arms embargo on Iran, which ends in October after more than a decade.

While the US has moved alone to trigger the snapback of all UN sanctions on Iran, including the arms ban, Tehran has dismissed the move and showed readiness to resume arms trade in October.

Experts believe the issue of arms trade could push the two sides to the brink of confrontation in the run-up to the Nov. 3 US elections.