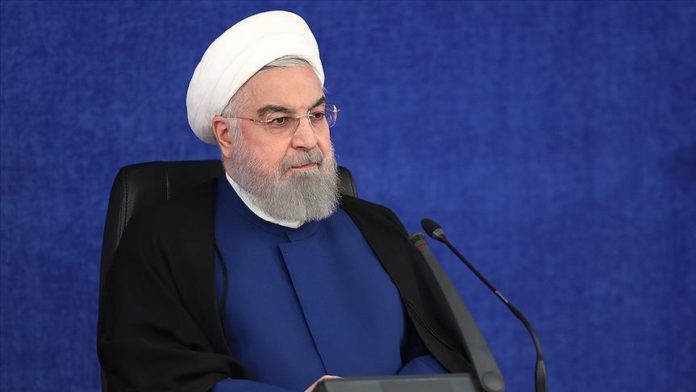 Iranian President Hassan Rouhani on Wednesday criticized a parliament’s plan to further scale down Iran’s commitments under the 2015 nuclear deal in response to the killing of top nuclear scientist Mohsen Fakhrizadeh.

Speaking at a cabinet meeting in Tehran, Rouhani termed the plan as “harmful” for diplomatic activities.

On Tuesday, the parliament adopted the plan that requires the government to resume 20 percent uranium enrichment and increase the stockpile of low-enriched uranium (LEU).

The plan, which still needs approval, calls for ending “voluntary” implementation of the Additional Protocol, giving one month deadline to the government.

On Tuesday, government spokesman Ali Rabiee said the parliament has “no right” to interfere in matters related to the 2015 nuclear accord.

Rabiee, taking a swipe at the lawmakers, said the proposed plan that is purportedly aimed at “ending sanctions” would lead to “permanent sanctions” on Iran.

Rouhani was scheduled to present a draft of next year’s budget in the parliament on Wednesday, but he assigned the task to his parliamentary deputy.

Responding to speculation that parliament’s plan could have led to change in his plans, Rouhani said his absence in the parliament was due to “observance of health protocol”.

The top scientist’s killing, which Tehran has blamed on its arch-enemy Israel, has led to a series of demonstrations across the country amid calls of “strong retaliation”.