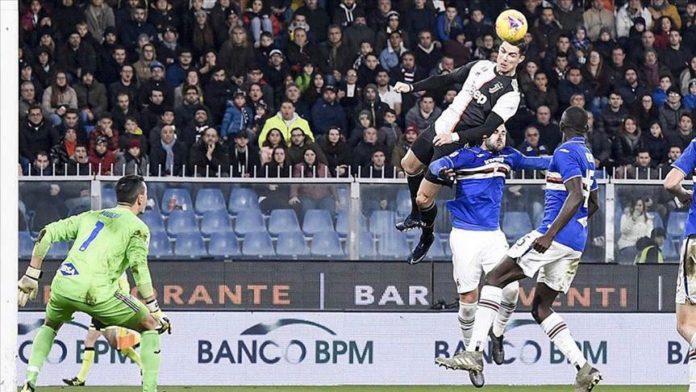 Portuguese football star Cristiano Ronaldo has reached a new milestone in his career this week, 750 goals for club and nation.

Mainly playing in the left flank, Ronaldo is a former Real Madrid star, scoring 450 goals for the Spanish powerhouse in 2009-2018.

A Juventus player since 2018, Ronaldo scored 75 goals for the Italian club.

In the 2002-03 season, Ronaldo earned a promotion to the Sporting CP senior squad to score five goals for his boyhood club.

In addition to his 648 club goals, Ronaldo, captain of his national team, has 102 goals for Portugal.

His nation has been cherishing Ronaldo, as he guided Portugal to win its first-ever major title, the UEFA EURO 2016.

Portugal won against hosts France 1-0 in the 2016 final to be Europe’s number one.

Ronaldo and his rival Barcelona’s Argentine superstar Lionel Messi have been challenging each other in the field of goal figures for a long time.

Messi and Ronaldo are the most prolific forwards in modern times.

The 33-year-old Barcelona skipper Messi has 712 goals in his career.

A pure Barcelona product, Messi scored 641 goals for Barcelona since 2005, after earning his promotion from Barcelona B team to the senior squad.
He had 71 goals for the Argentine national team.

The Argentine forward has so far dedicated his whole career to Barcelona.

Bican had 805 goals to be all-time top scorer

With 750 goals, Ronaldo got closer to a former Czech-Austrian forward, Josef Bican, who scored 805 career goals.

“The top scorer of all time is generally accepted to be Czech-Austrian legend Josef Bican, whose final haul, albeit including reserve fixtures and games outside the top flight, is around 805,” UEFA said.

“[Former Brazilian forwards] Romario and Pele both ended their careers with tallies well into the 700s,” UEFA says.

US extends border closures with Mexico, Canada through Aug. 21