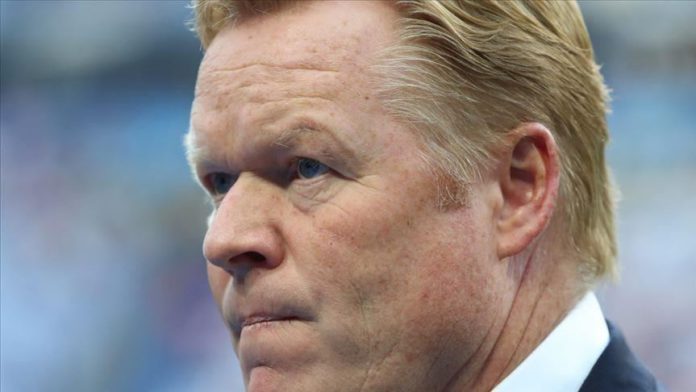 Dutch football legend Ronald Koeman has been appointed as the manager of Spanish giants Barcelona.

“FC Barcelona and Ronald Koeman have reached an agreement for the Dutchman to take over as the first-team coach until 30 June 2022,” Barca said on its website.

“The blaugrana legend, hero of Wembley, the man who handed Barca their first ever victory in the European Cup returns to Camp Nou. This time, however, he will do so as coach as the Dutchman brings more than 20 years of experience as manager and eight trophies on his CV,” it added.

Koeman was one of the most important football players of his generation, appearing as a defender for Dutch clubs Ajax, PSV Eindhoven, Feyenoord, and Barcelona.

The Dutch legend clinched the 1988 European Championship largely known as the UEFA EURO 88 with the Netherlands, the country’s only major title.

The 57-year-old started his managing career as an assistant coach with the Netherlands in 1997.

Koeman has worked as a manager for the Netherlands national team since 2018.

Barcelona had dismissed its manager Quique Setien and sporting director Eric Abidal after being suffered an 8-2 humiliating defeat to Bayern Munich in the UEFA Champions League quarterfinals.

WHO designates 2021 International Year of Health and Care Workers