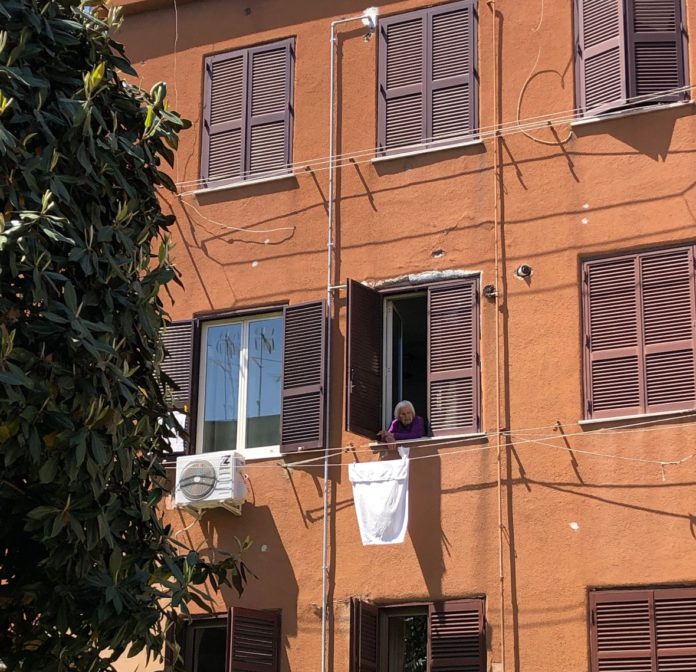 Twice a week, a group of young volunteers distributes food boxes to some 100 families living in the poor neighborhood of Quarticciolo on the eastern outskirts of Rome to help them survive amid the novel coronavirus pandemic.

The basic goods come from local farmers, associations and supermarkets that are lending a hand, as thousands of residents — hit hard by the outbreak — are struggling to make ends meet.

The prolonged lockdown imposed by the government in March in a desperate effort to contain the contagion has severely damaged the Italian economy, taking a dramatic toll on the most fragile among Italian families and workers.

The COVID-19 pandemic has claimed more than 31,000 lives in Italy but also deepened existing social gaps, exposing the poorest to further marginalization.

In late March, Prime Minister Giuseppe Conte’s government earmarked €400 million ($432 million) for food vouchers amid brewing social unrest in the poorer southern regions. Conte said that €4.3 billion would immediately be made available to mayors to help their citizens.

But here in the Quarticciolo neighborhood — as in many other struggling suburbs of Italy’s largest cities — that money never materialized.

“We are at a critical point: if our help was sufficient when all of this started, after two months, it’s not enough anymore,” said Pietro Vicari, a 30-year-old resident who leads the group of volunteers that organized the food distribution.

“People are left alone with their desperation. These boxes are too empty for them,” Vicari added. 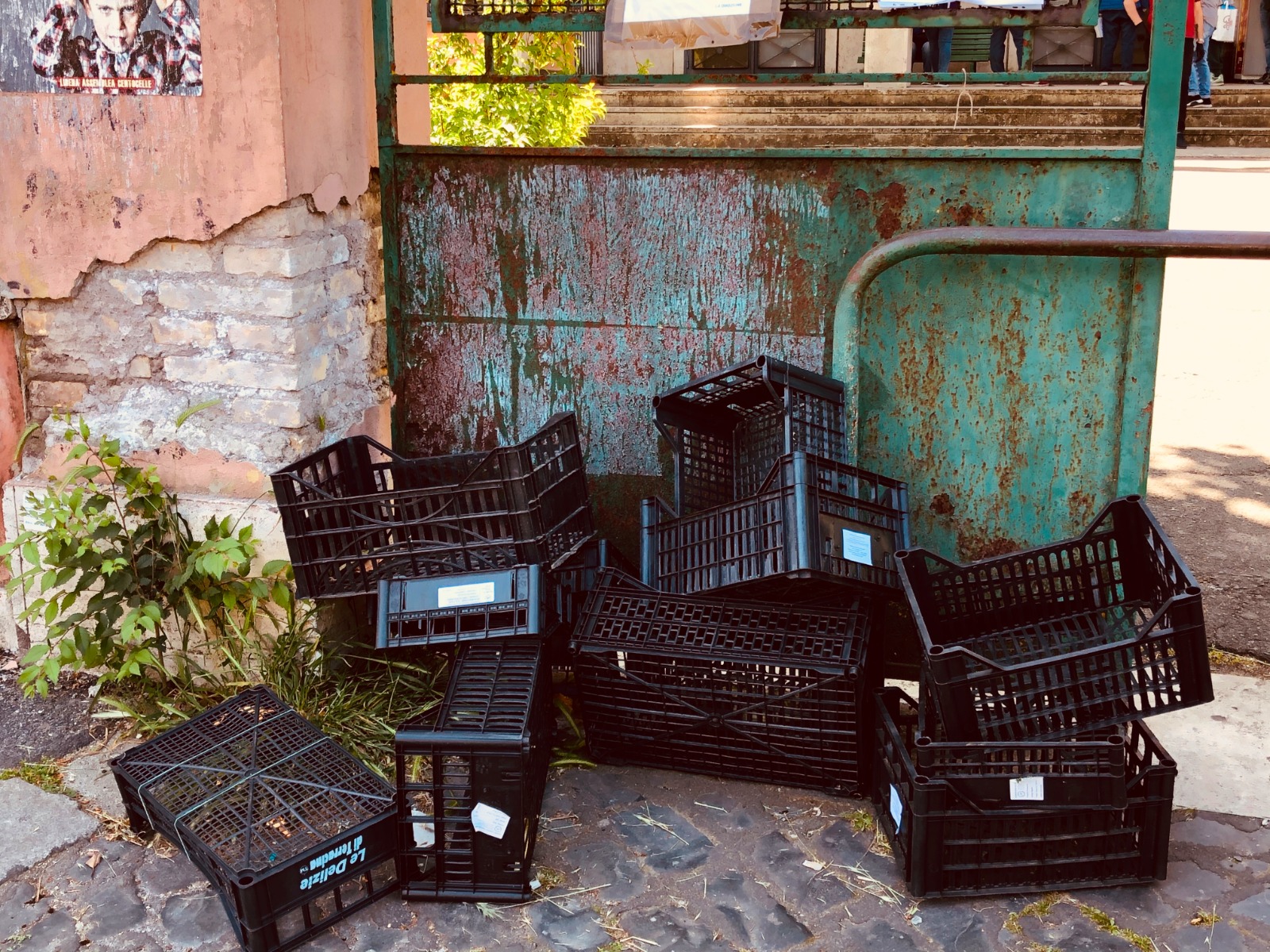 Earlier this month, in a silent protest against the authorities’ absence, a small group of volunteers and residents piled up dozens of empty fruit boxes in front of the local municipality, closely monitored by a dozen police officers.

“Il Quarticciolo,” a group of ochre-colored houses with a recent history of house squatting and suburban decay, has a strong political past. It was one of the bastions of Rome’s anti-fascist resistance during the years of the Nazi occupation in the 1940s.

Now it’s mostly home to families with a precarious life and off-the-book jobs who found themselves deprived of any income after two months of forced lockdown.

“Only three families here received the food vouchers through a cell phone app. But they can’t even spend them,” Vicari said. “Rage and impatience are brewing. People are starting to look at their neighbors’ boxes with suspicion.”

Vicari noted that both local and central authorities are perceived as distant or acting with a “mix of incompetence and bad intentions.”

According to Italy’s statistics institute ISTAT, there are over 3.5 million so-called “invisible workers” in the country, who are employed off the books and rely on day-by-day work.

About 5 million people were already living in “absolute” poverty in Italy before the virus outbreak. 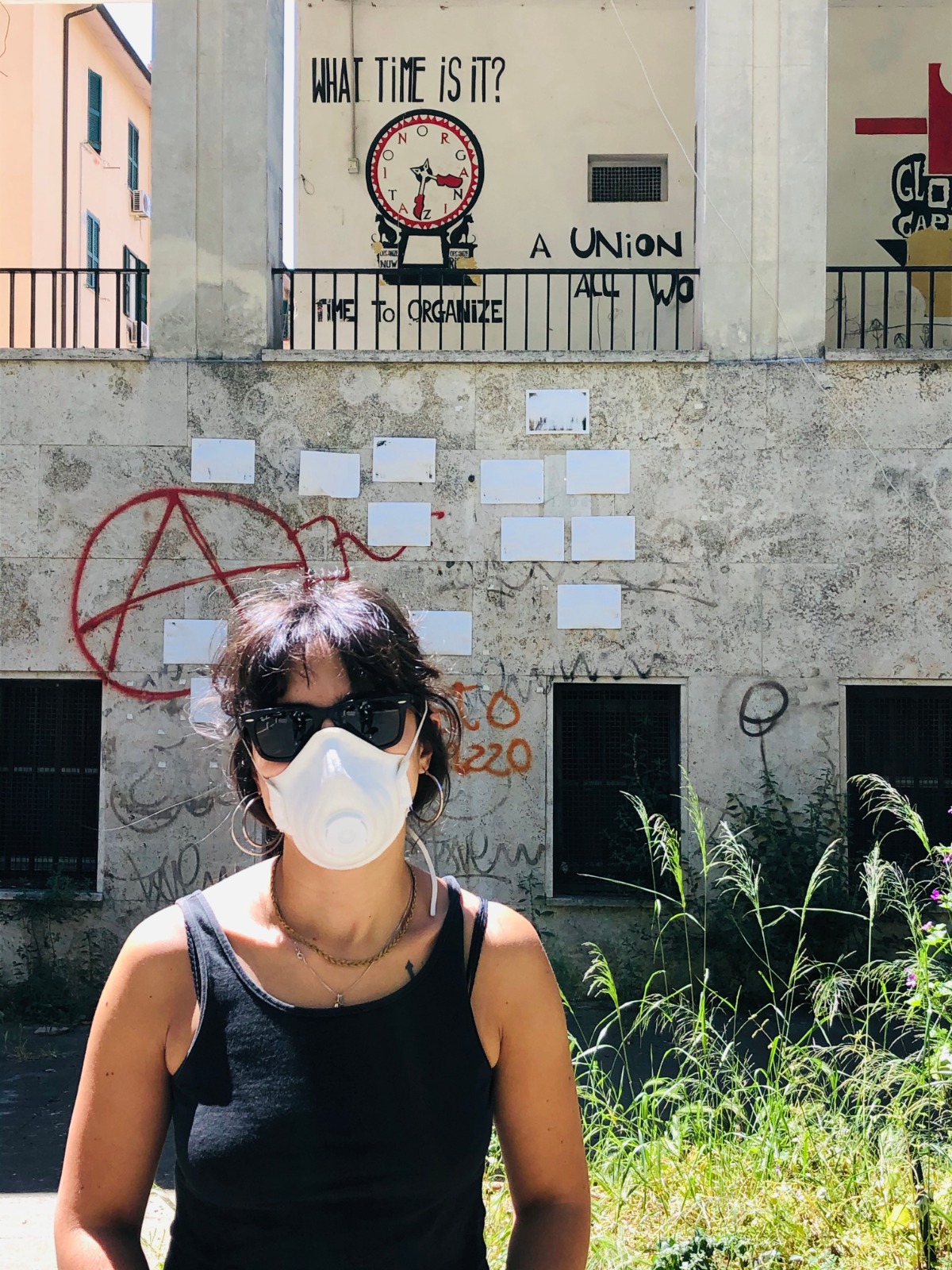 Now the Organization for Economic Cooperation and Development forecasts that about 27% of Italians are at risk of poverty due to the work restrictions during the lockdown as Italy faces its worst economic crisis since World War II.

The poorer southern regions – where youth unemployment reaches peaks of 50% — will be the hardest hit.

Quarticciolo hosts many of these precarious workers who have no access to financial aid plans because they are not employed regularly.

Residents are asking the government to act soon, not only with food stamps and emergency measures, but also with a long-term strategy aimed at supporting the neighborhood’s recovery once the pandemic ends.

Many complain that the so-called “Phase 2” — started at the beginning of May with a partial lifting of the lockdown – hasn’t really changed anything. They tell the story of a 33-year-old resident who died from COVID-19 at home.

“They didn’t even do the swabs to people living in the building where he died,” Vicari said. “There’s no sanitary prevention here.”

Alessia Pontoriedo, 33, is another volunteer helping with the weekly food distribution. She notes that the situation in the neighborhood is deteriorating quickly.

She speaks in front of a towering building known as “Casa del Fascio,” as it was built in the Fascist era to host the local authorities. Now it’s one of Quarticciolo’s occupied buildings, covered with graffiti, and the citizens’ committee uses it for its meetings.

“We want to deliver a clear message: we have done this distribution as an act of responsibility,” Pontoriedo said. “But we cannot replace the State.”

She stressed that more than 160,000 people were eligible to receive the food vouchers in Rome’s urban area, but only 120,000 requests were accepted, based on unclear criteria. In the end, she said, only 25,000 vouchers were distributed. 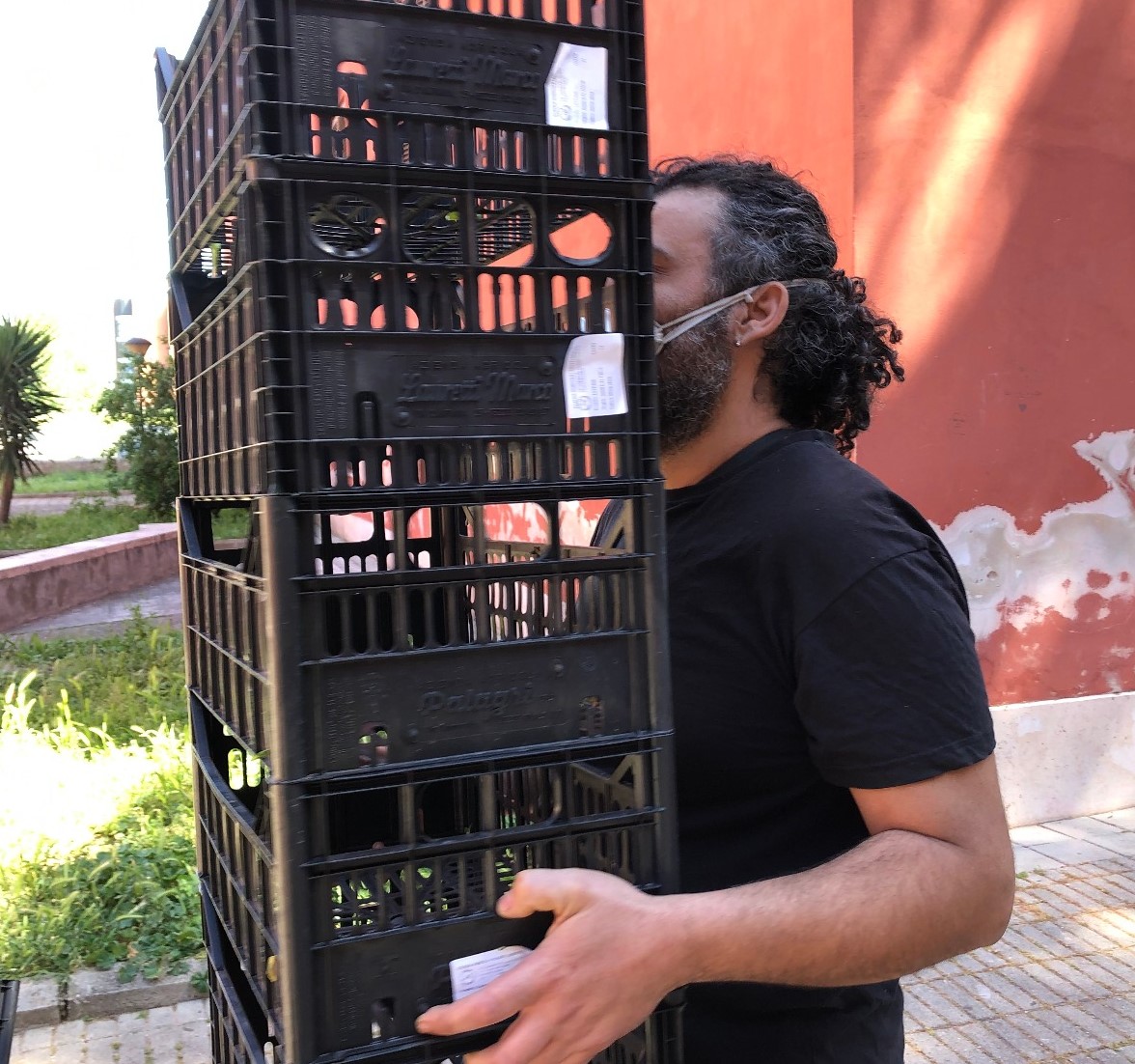 According to Rome’s Mayor Virginia Raggi, at the end of April, 52,000 food vouchers had already been delivered to citizens. The mayor, under pressure from mounting criticism over the delay in distributing the vouchers, blamed the Lazio region for not having provided its funds in a typical conflict between local powers.

For the Quarticciolo volunteers, however, time is running out.

“We don’t believe that this pandemic can be defeated thanks to the goodwill of single citizens,” they wrote in an open letter to the authorities, asking for concrete responses.

“We want guarantees. Waiting in line there are our friends, our relatives, our neighbors. In that line, there’s each of us.”