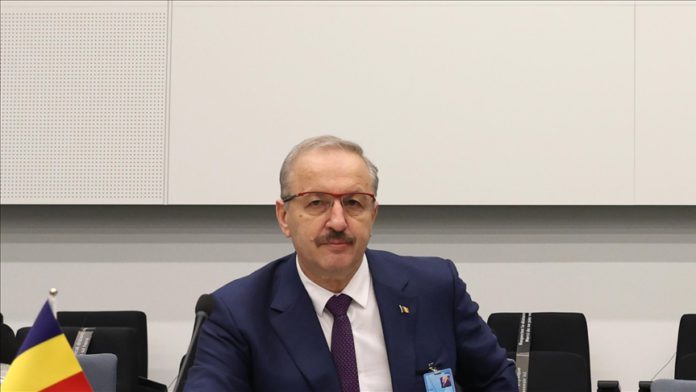 Romania can host over 500,000 Ukrainian refugees if the country is invaded by Russia, the defense minister said Tuesday.

Speaking to the press, Vasile Dincu said Romania does not expect a huge migrant flow to the country but is prepared to receive more than 500,000 refugees if necessary.

Dincu said the Defense Ministry and the Interior Ministry got together to designate areas to shelter refugees along the border in case of a war between Russia and Ukraine.

Urging Romanians to stay calm, Dincu said there will be no war on their land.

He said conditions for an armed conflict have appeared, adding: “I hope diplomats will continue to talk, not soldiers.”

After a speech late Monday saying Russia would recognize the independence of the breakaway regions in eastern Ukraine, Russian President Vladimir Putin announced that Russia would send troops to those areas to “maintain peace.”

Since the 2014 Russian invasion of Crimea, Turkic Tatars have reported persecution by Russian authorities.

The latest moves follow Russia amassing over 100,000 troops on Ukraine’s borders, with Western countries saying the buildup is the prelude to an invasion, a charge Russia denies.