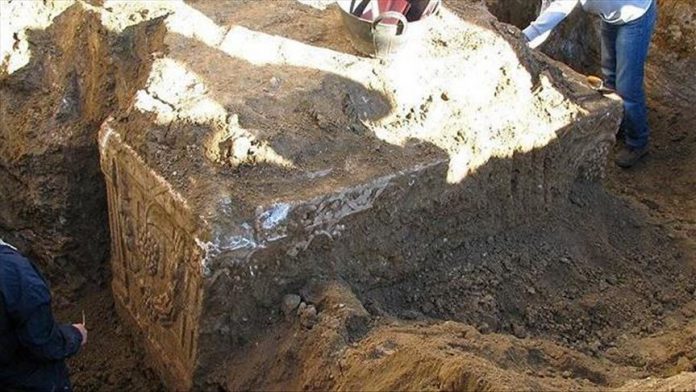 A 2,000-year-old sarcophagus including skeleton of a woman was found during road construction work in central Turkey, according to a provincial official on Tuesday.

Municipality workers in Corum province found the sarcophagus located around 70 centimeters (27 inches) deep from the surface, and informed the Corum Museum about the finding.

Visiting the scene together with police teams, museum experts examined the area and transferred the sarcophagus to the museum after a rescue excavation.

The sarcophagus also included pieces of glass and a perfume bottle made of terracotta, along with the skeleton which was sent to the Anthropology Department