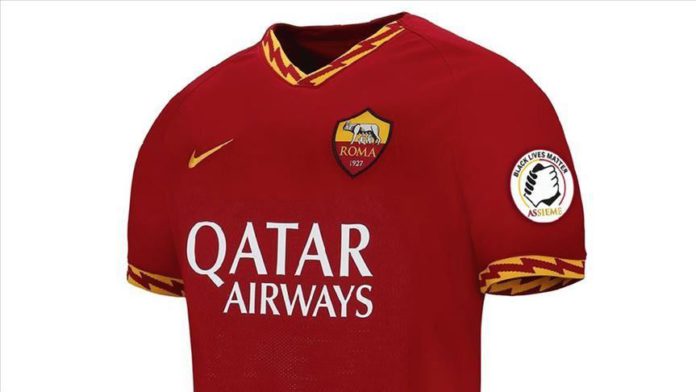 Italian football club Roma will have anti-racist patch on players’ jerseys for the rest of this season to raise awareness against racism and discrimination.

“Not being racist isn’t enough. We must be anti-racist. #ASRoma players will wear a #BlackLivesMatter patch on their shirts for the final 12 games of the Serie A season,” Roma said on Twitter on Thursday.

The Serie A club added that it will sell the match-worn shirts by auction to raise cash for anti-racism organizations.

The special patch will have the famed Black Lives Matter slogan and an Italian expression, Assieme, or Together, to support the movement.

The football will return to Italy on June 20 but the competitions will be held behind closed doors due to coronavirus pandemic.

Roma will take on Sampdoria on June 24 in Rome’s Stadio Olimpico and club players will wear the patch for the first time.

Football players in the English Premier League are currently sporting the Black Lives Matter’ slogan on their jerseys, with Roma set to do it next week.

Black Lives Matter slogan replaced the players’ names on the back of their jerseys in England and its logo is featured on players’ uniforms in the wake of death of George Floyd, a black American man, in the US.

Floyd’s killing on May 25 sparked protests across the world, as well.