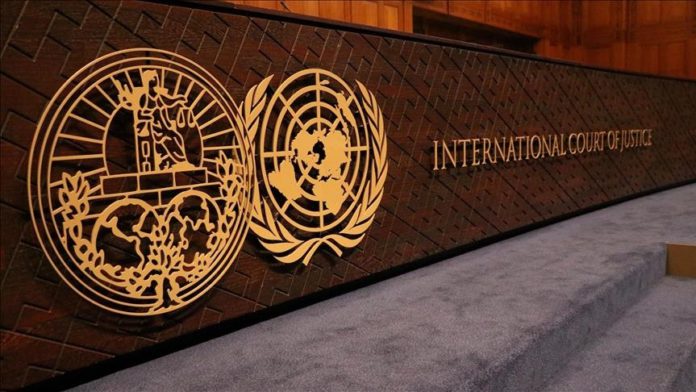 As the next hearing of the Rohingya genocide case at the International Court of Justice (ICJ) draws nearer, concerns are growing among the persecuted Muslim minority’s members for allowing the military junta currently ruling their native country Myanmar to participate in court proceedings. They believe that it would be tantamount to supporting decades of killings and oppressive measures.

The ICJ, the top judicial body under the UN, is scheduled to start the next hearing in The Hague from Feb. 21. Rights defenders and members of the Rohingya say that those responsible for committing gross human rights violations in the Buddhist-majority Southeast Asian country should be brought to justice.

Speaking to Anadolu Agency, Abdul Fayaz, a Rohingya leader, said the ICJ has brought a glimmer of hope for his community.

“Amid long perils, it is a glimmer of hope for us that ultimately the culture of impunity practiced by the murderous Myanmar military will be challenged and we expect justice for the genocide and other rights violations conducted against us in our homeland for many decades,” he said.

Fayaz, who is also the father of seven children, had escaped brutal clampdown in his home country of Myanmar’s Rakhine state more than two decades ago. He has been living in a camp in Bangladesh’s remote Bhasan Char Island for the last couple of months.

All of his children were born in Bangladesh’s crowded refugee camps located in the hilly forests in the southern border district of Cox’s Bazar and grew up in subhuman conditions without education.

Fayaz said he has witnessed the most violent cycle of oppression against his community in August 2017 which rights defenders have identified as genocide and is regarded as a textbook example of ethnic cleansing by the UN.

“After the Aug. 2017 genocide against us and the brutality following the Feb. 1, 2021, military coup, I have no optimism left now to return to my homeland soon. But I still dream of witnessing justice against the brutal Tatmadaw (Myanmar army),” he said, adding it would be a mockery to allow killers to represent Myanmar in the trial at the top world court.

“The whole world knows that the Myanmar army is a ruthless killer force that once murdered us and is now killing pro-democratic people. How does such an illegal force represent a country at the world’s top court?” Amir Ali, a Rohingya youth at the Cox’s Bazar camp, told Anadolu Agency.

Three international rights organizations including Legal Action Worldwide, Fortify Rights, and the Myanmar Accountability Project along with more than 800 Rohingya refugees in a joint letter on Feb. 3 called on the ICJ not to accept the Myanmar military junta as the representative of Myanmar in the ongoing genocide case in The Hague.

So far, 807 Rohingya refugees in Bangladesh, many of whom were displaced from their homes in Myanmar during military-led “clearance operations” in 2016 and 2017, expressed explicit support for the letter, said a statement by Fortify Rights.

“The Court’s acceptance of the Myanmar junta as representing Myanmar at the Court would risk legitimizing the junta’s unlawful seizure of power,” the statement quoted the letter as saying.

Describing any initiative to accept Myanmar’s military junta as a party during the ICJ hearings as “terrible,” it added: “Were the ICJ to accept the junta to represent the state of Myanmar, the Court would contradict a UN General Assembly resolution adopted in December 2021 that rejected the credentials of the junta.”

The letter also recommended that the ICJ recognize the agent appointed by the National Unity Government (NUG), led by Aung San Suu Kyi that was deposed in the military coup last year in February.

Speaking to Anadolu Agency, Anita Schug, co-founder of the Switzerland-based Rohingya Medics Organization, said that the Burmese (Myanmar) military should not be accepted at the ICJ to represent the country as it is not the government elected by people and it is not the choice of the people.

Referring to the dignity of the ICJ, she added that it is the highest international court and it should not accept a murderous regime that “not only has committed genocide against the Rohingya but also is killing other innocent civilians from children to aged”.

“UN General Assembly (UNGA) has not recognized the junta but allowed the NUG representative to continue to occupy the UN seat,” he told Anadolu Agency, adding that the ICJ should not undermine a democratically elected government and should not allow illegal and terrorist regime.

Allowing junta means encouraging them to continue the crime they have been committing, he noted, saying that the ICJ should not undermine the will of the people.

“So they should answer the ICJ,” she said.