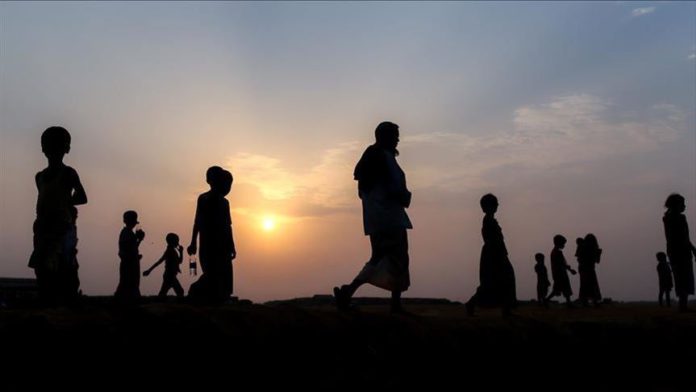 A UK-based Rohingya rights body on Wednesday urged the international community to stop supporting Myanmar election officials for their “discriminatory” role in the country’s upcoming national polls, said a statement.

Myanmar authorities last week disqualified at least six candidates from Rohingya-led political parties from the Nov. 8 general elections, the statement said, adding that their franchise has also been denied.

Candidates from the country’s oppressed Rohingya community have been taking part in the country’s elections for decades, on a limited scale until 2010 and with three elected members of parliament until 2015.

In the 2015 election the government disqualified the Rohingya community from taking part in the elections and casting votes, depriving nearly 1.7 million members of the persecuted community – including 600,000 still in Rakhine state – from voting.

“The efforts to disenfranchise Rohingya are another part of the genocide against us in Myanmar,” said Tun Khin, BROUK’s head.

“Myanmar is again blatantly trying to erase our identity.”

He added: “The world must wake up to what is going on in Myanmar.”

Despite its “racist” and “discriminatory” policies, Myanmar’s Election Commission still gets significant support from international donors, including the EU, Norway, and the UK, said the statement.

“We planned to contest seven constituencies in Rakhine state so that we could have a voice for our community in the parliament,” Kyaw Min, Rohingya politician and leader of the Democracy and Human Rights Party (DHRP), told Anadolu Agency.

Min, who also won a seat in a 1990 historic election though the result of the election was ignored by the ruling military junta, added that the election commission told his party last Monday that “four of its seven candidates, including Kyaw Min, are not eligible to run the upcoming elections because of their parents’ citizenship status.”

“They said our parents were not citizens when we were born. Actually election rules regarding the candidates were the same as in the 1990 elections [when] we were allowed to vote and run for office. But we have been barred since 2015,” he added.

Referring to the ground reality of the Myanmar, he added that DHRP candidates who have been allowed “have only a slim chance [to win seats] because Rohingya in Rakhine state are effectively blocked by the 1982 Citizenship Law from voting.”

“An independent Rohingya candidate in Rakhine was also disqualified,” he said and added: “Most Rohingya don’t have any citizenship cards, and have no rights to vote. So we can’t even say Rohingya candidates could win in Rohingya-majority areas.”