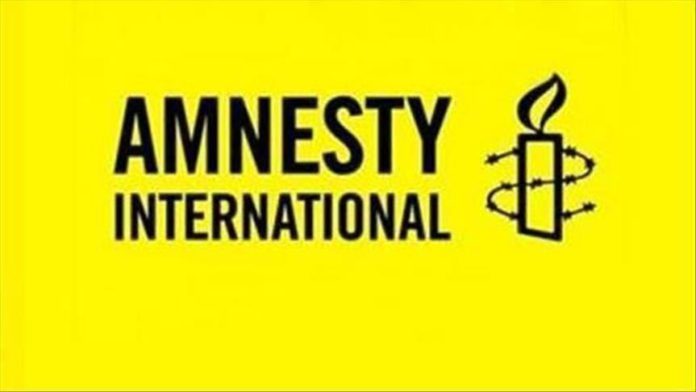 An international rights group on Friday started a petition to draw the attention of the international community on the dire conditions of Rohingya refugees in the midst of COVID-19 crisis.

“Sign the petition to urge the international community to: Ensure that the human rights of the Rohingya refugees are protected and that they receive the international assistance and cooperation they urgently need at this time,” Amnesty International said in a statement.

The petition is addressed to the governments of the US, Australia, Bangladesh and Indonesia.

“Without continued support through international cooperation, assistance and sharing of responsibility for providing protection, the rights of the Rohingya refugees will almost certainly continue to be violated,” the statement said.

According to Amnesty International, some 400 people were tested for the coronavirus in refugee camps and 40 of them tested positive.

“Some Rohingya refugees, including women, have been victims of harassment and coercive quarantine measures – which have stigmatized people in the community with health conditions. This has created fear among the Rohingya about reporting any illness or symptoms,” the rights group said.

Rohingya refugees also cannot receive necessary information about the virus due to the restrictions on access to the Internet and telecommunication, it added.

“With no place to call their home, no livelihood opportunities to secure a future for them, hundreds of Rohingya, many of them women and children, have taken dangerous journeys by boats to neighbouring countries, only to be denied entry and stranded at the sea for several months,” the statement noted.

According to Amnesty International, more than 750,000 Rohingya refugees, mostly women and children, have fled Myanmar and crossed into Bangladesh after Myanmar forces launched a crackdown on the minority Muslim community in August 2017, pushing the number of persecuted people in Bangladesh above 1.2 million.

Some 18,000 Rohingya women and girls were raped by Myanmar’s army and police and over 115,000 Rohingya homes were burned down while 113,000 others vandalized, it added.