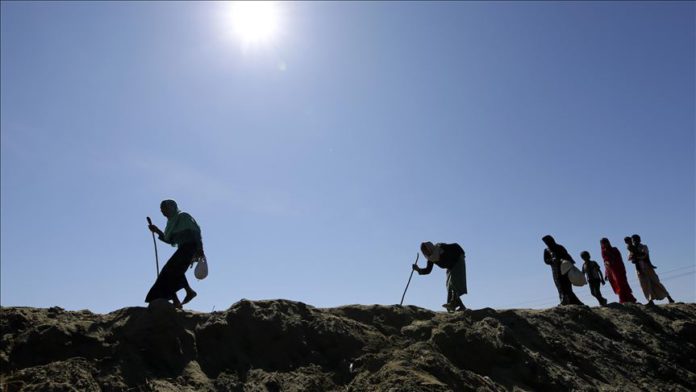 The Rohingya crisis is among the gravest tragedies in modern times, a senior Turkish diplomat said Tuesday.

In a ministerial committee meeting on the persecuted Muslim group held by the Organization of Islamic Cooperation (OIC), Deputy Foreign Minister Yavuz Selim Kiran underlined that the UN Independent International Fact-Finding Mission on the matter had recorded incidents in Myanmar involving “genocidal intentions.”

Noting that Turkey has been maintaining efforts to keep up awareness of the issue in the international community, Kiran said via video link that Ankara would never abandon the Rohingya

He asserted that the group should be allowed to their return to their homeland, adding that if this is not possible, they should at least be allowed to go somewhere they prefer.

Stressing the importance of the OIC’s role, he said the body should continue its international efforts to keep Myanmar under pressure for a peaceful solution to the problem.

Kiran added that Turkish President Recep Tayyip Erdogan had given a special importance to the matter, calling on OIC members to stand for the search for justice and prove to the world that Rohingya Muslims are not alone.

He also called member states to increase their financial contributions for the case on the Rohingya genocide, which is currently being heard at the International Court of Justice (ICT) while maintaining relations with Myanmar to sustain relief efforts for the Muslim group.

Turkish Treasury borrows $1.2B through auctions