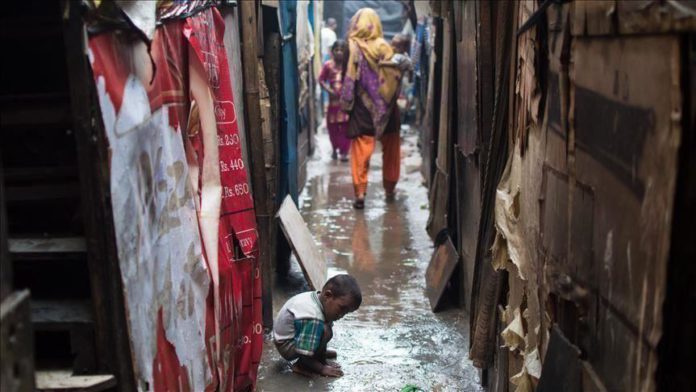 As if escaping from the wrath of Myanmar military three years ago was not enough for Rohingya Muslims, reports said that they are being denied their right to continue education in the refugee camps in Bangladesh.

Rohingya faced the latest military crackdown on Aug. 25, 2017 — which is called the textbook example of genocide by the UN — forcing around 750,000 people to flee Bangladesh.

Rohingya refugees and rights groups have been repeatedly urging for imparting formal and higher education to the displaced community, whose next generation is growing under the shadow of illiteracy.

“Our children are growing up without education and proper care. New babies are being added amid uncertainty,” Abdur Rahim, a community leader told Anadolu Agency.

Amir Ali, who took shelter in Bangladesh’s southeastern district of Cox’s Bazar after escaping from jaws of death in Rakhine state three years ago, wanted to continue his education.

“I buried my dream for higher education. We have no permission here to continue education after primary level as we are stateless people,” he said.

At the time of leaving homeland Ali was a student of class 10. Now he is working at a grocery shop in the Balukhali refugee camp, where he lives with his seven family members including parents, brothers and sisters.

“I was supposed to complete my intermediate level of education and enroll in a university if the situation had been normal. I still dream that some magic happens and I will continue my education,” he added.

Like Ali thousands of Rohingya children and teenagers in camps are denied education. They are forced to live life in squalid makeshift camps.

A 2019 joint report prepared by UN refugee agency UNHCR, International Organization for Migration and UN Office for the Coordination of Humanitarian Affairs, had revealed that almost half of the 540,000 Rohingya children under the age of 12 are currently missing out on education altogether.

The report added that rest of children have access only to very limited schooling.

An internal report of Bangladesh army issued in September 2019 said that there are 400,000 Rohingya children — aged from 12-17 — in the camps who are not receiving any education.

He urged the Bangladesh government to permit formal education. He also asked international community to award scholarships to Rohingya students.

“Education is more important when it comes to the Rohingya community [in Bangladesh] as the vast majority are living here and the remaining still living inside Myanmar are the victims of institutionalized denial of freedom of education,” said Mohammed Rafique, another leader of displaced Rohingya.

He said the Rohingya community is among the most illiterate communities in the world as a result of over 40 years of institutionalized persecutions in Myanmar where it was once one of the most literate community.

After an uproar, Bangladesh government in January this year permitted some aid agencies to teach Rohingya children using the Myanmar curriculum at the learning centers in the camps.

But due to the spread of coronavirus pandemic this limited educational activity also came to a standstill.

“The implementation of the pilot phase targeting 10,000 [Rohingya] children have not yet commenced due to the COVID-19 pandemic,” UNHCR communications officer in Cox’s Bazar, Louise Donovan, told Anadolu Agency.

Though education is a basic right for every human being, the Rohingya people have to struggle for it in both home country Myanmar and host country Bangladesh.

Besides, following the enactment of the controversial 1982 Citizenship Act, higher education facilities for Rohingya in Myanmar have been squeezed to a large extent.

Analysts maintain that access to formal and higher education for Rohingya is necessary to enable them to prepare for reintegration when the time is right for them to return home in safety and in dignity.

Iraqi PM says he will submit resignation to parliament