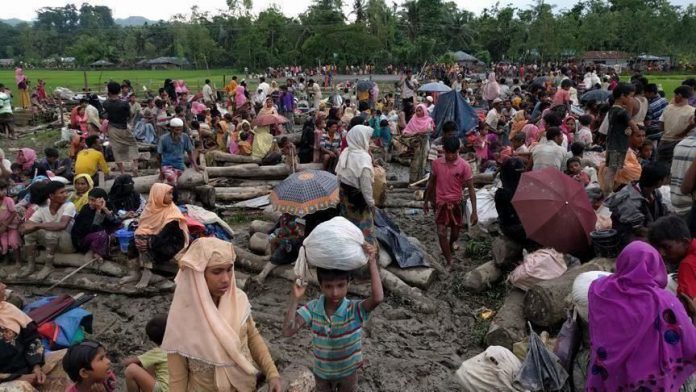 When Myanmar’s state counselor arrived at the Hague to defend her country at the International Court of Justice (ICJ), several rights groups launched a global boycott initiative urging corporations, foreign investors, professional and cultural organizations to sever their institutional ties with Myanmar.

Thirty Human rights, academic and professional organizations from 10 countries jointly launched the “Boycott Myanmar Campaign” from London, in hopes to “bring to bear economic, cultural, diplomatic and political pressure on Myanmar’s coalition government of [state counselor] Aung San Suu Kyi and the military”, the campaigners said in a statement.