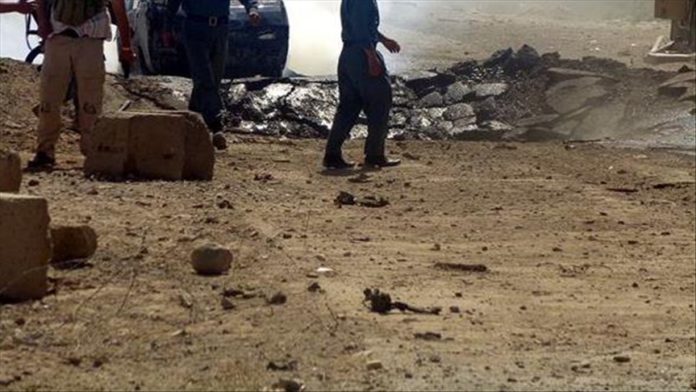 Flights have been halted after rockets struck the runway of the airport in Afghanistan’s second-largest city, officials said.

No casualties were caused in the attack carried out by the Taliban, Interior Ministry spokesperson Ahmad Zia told Anadolu Agency.

Police said two rocket strikes partially damaged the runway, while a third did not cause any significant damage.

Officials said repairs will be completed soon and flight operations should resume by Monday.

The Taliban claimed responsibility for the attack.

The insurgents have moved on at least three major provincial capitals – Kandahar, Lashkargah, and Herat – over the past few days.

The group also claimed to have overrun multiple security posts in Lashkargah, capital of the restive southern Helmand province.

Weapons, ammunition, and vehicles were seized in the attacks, Taliban spokesperson Zabihullah Mujahid said on Twitter.

There have been reports of civilians rushing to flee Lashkargah, where Afghan forces are engaged in air and ground operations to halt the Taliban advance.