TurkishPress
Home News Rockets fall near US embassy in Baghdad 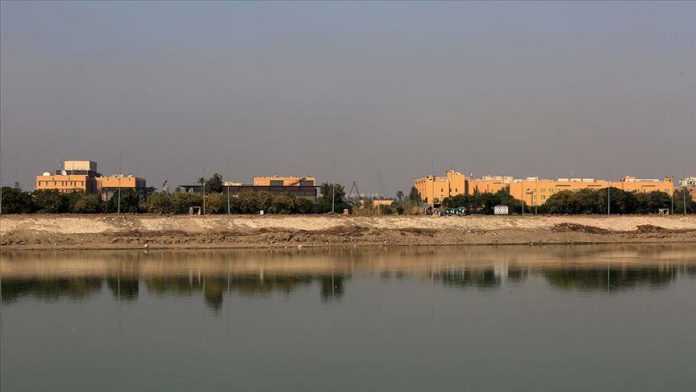 Several rockets landed in the Green Zone surrounding the U.S. embassy in the Iraqi capital Sunday, according to security sources.

One of the rockets also landed outside the zone, while there have been reports of injured civilians.

No group has claimed responsibility.

Soleimani, the head of Iran’s Revolutionary Guards’ elite Quds force, was killed along with Abu Mahdi al-Muhandis, the senior commander of Iraq’s Hashd al-Shaabi force, and eight others.

The Green Zone, a secured area

Read more: Rockets fall near US embassy in Baghdad