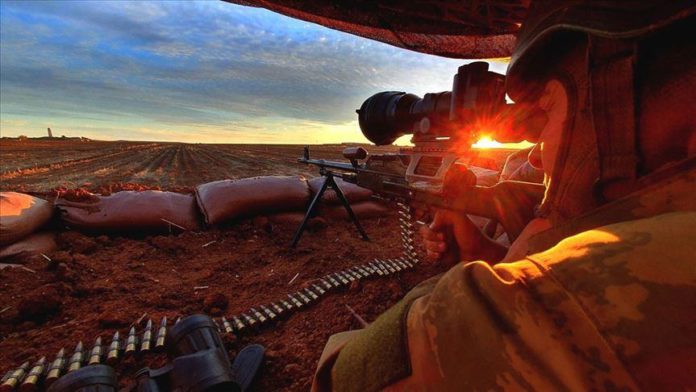 Searching an area in northern Iraq under the control of the Iraqi Hashd al-Shabi (Popular Mobilization) militia, Iraqi authorities have found rocket pads that were used earlier this week to target a Turkish military base in northern Iraq.

“The missile launch pads that targeted the Turkish military base were found between the areas of Shalalat and Baaweza in the territory of the Hashd Brigade 30,” Rafaat Smo, the deputy governor of northern Iraq’s Nineveh province, told the Iraqi Kurdish RUDWA news agency Friday.

On Wednesday, the Turkish Defense Ministry said three rockets were fired on the Turkish military base in Bashiqa, Nineveh. One rocket landed inside the base, martyring a Turkish soldier, while the other two landed in a nearby village, injuring two civilians, including a 12-year-old girl.

Hashd al-Shaabi was formally incorporated into the Iraqi army in 2017 after being established in 2014 with the express purpose of fighting the Daesh/ISIS terrorist group. The group, which is mostly Iranian-aligned, is accused of targeting US troops and bases in Iraq.

Trump tells Congress of intent to sell F-35s to UAE