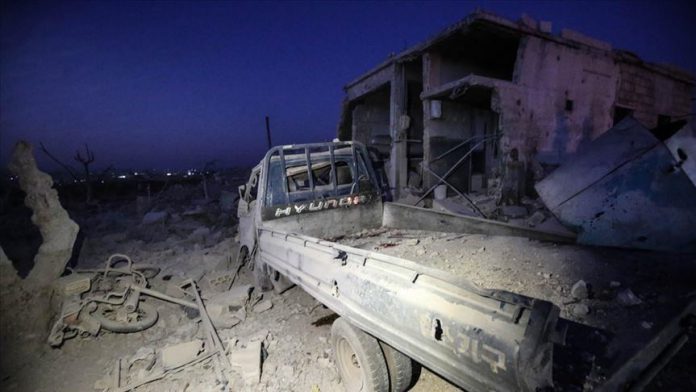 At least eight civilians were killed Wednesday in an attack on a refugee camp in northwestern Syria, a local civil defense agency said.

The rocket attack was carried out by Iran-backed groups which support the Syrian regime, the White Helmets said, adding that the casualties are mostly children.

The rockets were fired on the Idlib de-escalation zone from Mount Azzan in the southern countryside of Aleppo province, a Syrian opposition’s observatory said.

Earlier on Wednesday, Russian airstrikes killed six civilians in Idlib, taking the death toll during the day to 14.

In the last month, attacks in the Idlib