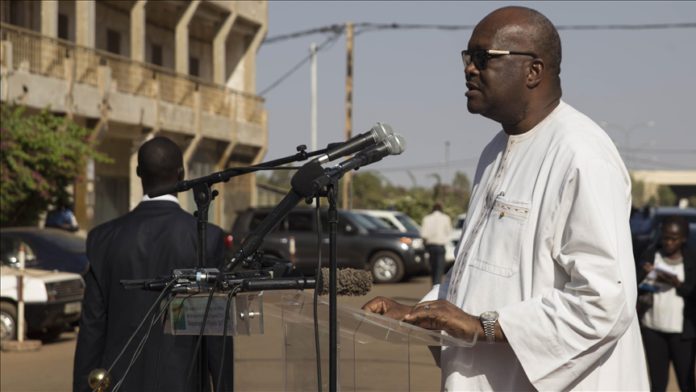 Roch Marc Christian Kabore has won a second term as president of Burkina Faso, according to provisional results announced by the country’s election commission on Thursday.

The 63-year-old head of the ruling People’s Movement for Progress party secured 57.87% votes in the Nov. 22 polls to claim victory in the first round, said Newton Ahmed Barry, the head of the Independent National Electoral Commission (CENI).

The result gives Kabore another five years in the office that he has held since 2015.

Due to security reasons, voting was not carried out at 926 of the 19,838 polling stations set up in the country, the commission said.

In a statement after the announcement, Kabore said he was humbled by the public’s support and vowed to be a leader for all of Burkina Faso.

“I will make every effort for peace and development in our country. We’re going to get to work immediately,” he said on Twitter.

He also hailed all candidates for “their fair play” in the election.

Earlier this week, the opposition alleged that the vote was “fraught with fraud” as many polling stations opened late or not at all, threatening to reject the election results.

However, the Economic Community of West African States (ECOWAS) and the African Union have said the elections were conducted in a satisfactory manner.

Kabine Komara, the head of mission for ECOWAS, said voting took place in a peaceful environment without any incident, despite the general security concerns and some logistical constraints.

ECOWAS urged all candidates to respect the result and to use legal channels to settle any electoral dispute.

Barry, the CENI head, also said that efforts were made to make the voting process fair and transparent.

“No human life was lost during the electoral process. We have worked to ensure that we did not miss any aspect that could taint the process,” he said.

He did, however, admit that there were some “logistical problems” during the process, but stressed that they were resolved in time.