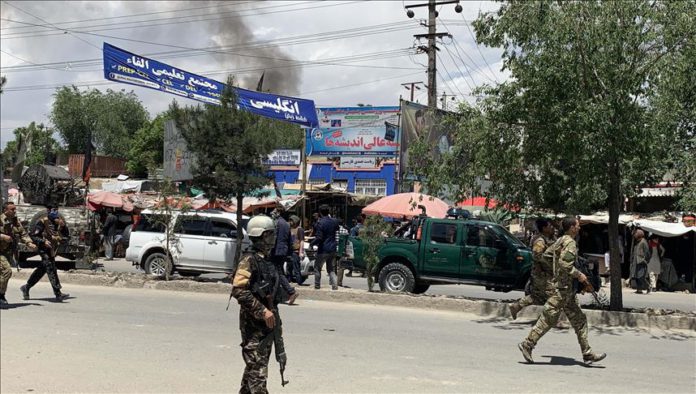 Baheer Amadi, a spokesman for the provincial governor, told Anadolu Agency that the incident took place in the Arghistan district around noon local time when a passenger bus hit the improvised explosive device.

He confirmed nine passengers were killed and five others injured in the incident.

There has been no immediate claim of responsibility, but Afghan officials blame the Taliban for placing landmines on highways in a bid to target convoys of the security forces.

Such landmines, mostly planted in areas controlled or contested by the Taliban continue to wreak havoc in the country accounting for some 30%, nearly 1,300, of total civilian casualties in the first three months of 2020, according to the United Nations Assistance Mission in Afghanistan.

There has been no immediate claim of responsibility for either of the attacks.

Meanwhile, a regional police chief in Afghanistan lost his life to coronavirus amid upward trajectory of COVID-19, an official confirmed on Wednesday.

Abdul Rashid Bashir, head of the Afghan National Police in Kunduz, died of coronavirus after long illness, Tariq Arian, a spokesperson for the Interior Ministry, said.

The Ministry of Public Health on Wednesday confirmed 16,509 cases across the country with 270 people losing their lives to it.