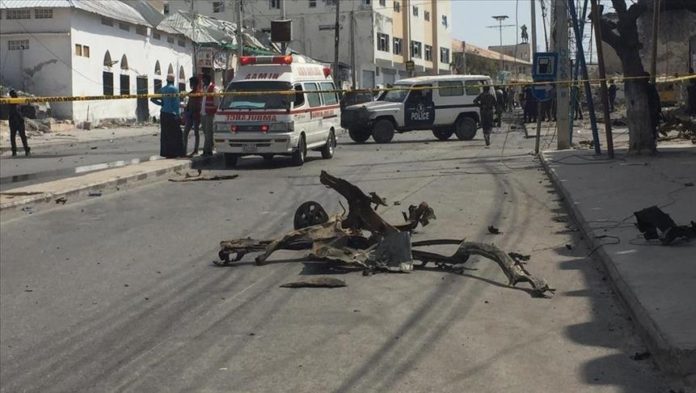 At least three people, including two soldiers, were killed in a bomb blast targeting a military vehicle in the Somali capital on Sunday, police said.

The general and other military officials escaped unhurt, security sources said, adding that the convoy was attacked on Mogadishu’s KM4 intersection while heading to the Defense Ministry.

While the number of injured is not known, a civilian was also among those killed.