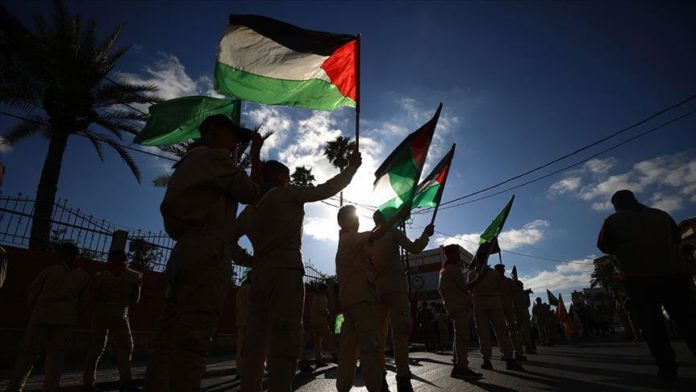 Two rival Palestinian resistance groups Hamas and Fatah have joined hands against US President Donald Trump’s Deal of the Century and the Israeli annexation plan.

“We are 100% consistent with Hamas to confront the challenges our cause is facing,” said Jibril Rajoub, secretary-general of Fatah, at a news conference in the West Bank city of Ramallah on Thursday.

Flanked by Saleh al-Arouri, deputy leader of Hamas, Rajoub said the joint news conference was aimed at coordinating Palestinian efforts to confront the Israeli plan of the annexation of lands from the occupied West Bank.

“The decision has been approved by our President [Mahmoud Abbas],” he said.

The Hamas leader called on Fatah to freeze controversial issues and internal differences to reach a strategic and substantive agreement to confront the threat to the Palestinian cause.

Arouri called on the Palestinian people to “continuously work on the ground and at political levels to thwart the annexation project”.

Palestinian officials say Israel is planning to annex 30-40% of the West Bank land including all of East Jerusalem, under the US plan known as Deal of the Century.

Palestinian officials have threatened to abolish all bilateral agreements with Israel if it goes ahead with the annexation, which would further undermine the two-state solution.

Hamas and Fatah have remained at odds since the former seized the control of Gaza Strip in mid-2007 after several days of street fighting.

In 2017, the two factions signed a reconciliation agreement in Cairo to end years of animosity and division. The terms of the agreement, however, have never been implemented amid deep-seated differences between the two movements.