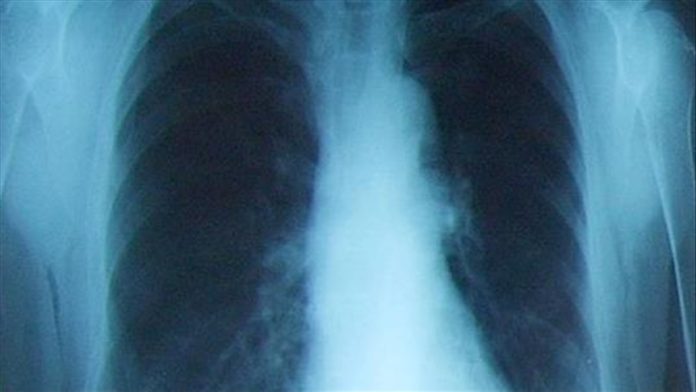 Doctors in India are urging stringent measures to tackle air pollution, believed to be one of the causes of a rise in lung cancers in the country.

The demand came on the eve of World Lung Cancer Day to be observed Sunday.

“If we don’t consider air pollution seriously, we are going to have an epidemic of not only lung cancer, but all kinds of lung disease in the next decade,” renowned and award-winning pulmonologist Arvind Kumar, the founder of Lung Care Foundation, told Anadolu Agency.

“It was heart diseases that were creating havoc (before). In the next two decades, it will be lung diseases which will wreak havoc,” he said.

In the last few years, India has been suffering from air pollution, with doctors fearing it will further deteriorate health problems, including lung cancer.

Traditionally, doctors have said they would diagnose patients who smoke regularly with lung cancer.

Under the National Cancer Registry Program, India’s estimated number of cancer patients was 1,392,179 in 2020, putting the country among the top five globally.

Kumar, also the chairperson of the Institute of Chest Surgery, Chest Onco-Surgery and Lung Transplantation at Medanta Hospital, earlier compared lung cancer patients data from 2012 to 2019 with 1988 to 1998.

“There are many factors responsible for it. Smoking is still the most common cause of cancer, and yes, we’ve seen it also occurs in non-smoking people,” he said. “Some other causes include occupational exposure, air pollution both indoor and outdoor,” he said, adding that air pollution is also an “important role.”

According to the Greenpeace Southeast Asia Analysis of IQAir data, more than 120,000 people died in India as a result of air pollution and related problems.

Dr. Sarthak Rastogi, a pulmonology consultant in Mumbai, told Anadolu Agency that in India, air pollution’s hand in the cause of lung cancer “can no longer be ignored.”

“Clean air acts and policies are the need of the hour. Polluting industries should be moved away and cleaner fuel (should be) used for combustion. Hybrid vehicles or electric vehicular technology should be targeted for mass propagation,” he said.

On the question about the number of non-smokers diagnosed with lung cancer, Dr. Sarthak said different health centers have come out with their data “ranging from 30-55% of the cases being reported in never-smokers or non-smokers,” Dr. Sarthak, “bigger studies are needed for nationwide reality.”

“We need to treat the pollution with the seriousness and urgency that it deserves,” said Kumar. “Health, as a major driver for the correction of air pollution, is not yet there on the agenda. It is being looked at as a chemical issue.”

Coronavirus in India may peak in mid-Nov, study says

Dealing with the mental burden of COVID-19

Israel: Highest daily spike in virus cases since May 1