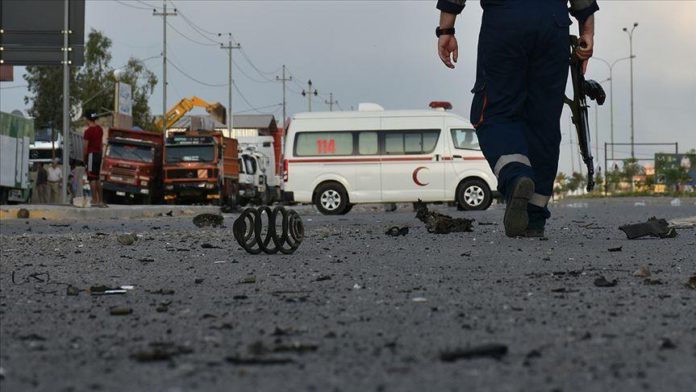 Although it has been three years since Iraq was purged from Daesh/ISIS terrorists, attacks by the terrorist group continue in rural areas of the northern Kirkuk province.

In June 2014, the Daesh/ISIS terrorist group captured Mosul, Salahuddin, and Anbar provinces as well as parts of the Diyala and Kirkuk provinces, which have been recaptured from the organization over the years.

The terrorist organization, however, continued to target security and stability in the country by carrying out attacks in the rural areas of some northern provinces.

The attacks carried out by Daesh/ISIS terrorists in the last month in the rural areas, especially in the south of Kirkuk, caused concerns in the country.

“The terrorist organization still shows the presence in the rural areas of Diyala, Salahuddin, Mosul, and Kirkuk provinces, albeit in small groups,” Rakan Saeed al-Jabouri, the governor of Kirkuk, told Anadolu Agency.

Underlining that it is currently impossible for the Daesh/ISIS to regain its power as it did three years ago, al-Jabouri added that the terror group has recently mobilized its sleeper cells especially in rural areas.

Withdrawal of the coalition forces from K1 Military Base in Kirkuk on March 29 had a negative impact on the security of the region, retired Col. Hadi Bakr of the Iraqi security forces told Anadolu Agency.

With the withdrawal of the coalition forces, a serious intelligence gap occurred in the region, Bakr said.

Confidence in Turkish assets up as risk premium falls