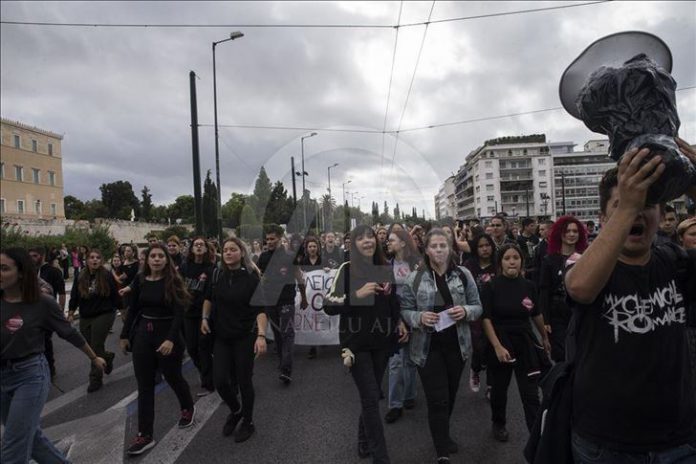 At least 10 people were arrested and 40 detained Friday in the Greek capital after an annual memorial march for a 15-year-old boy who was killed by police in 2008.

Tension rose as protesters threw Molotov cocktails at police who surrounded the Exarcheia area where the teen was shot dead 11 years ago.

Thousands of officers were deployed earlier in the day as the city closed the main central metro stations and streets.

Four bus stops where damaged when groups of hooded protesters threw petrol bombs, marble, stones and other objects at police.