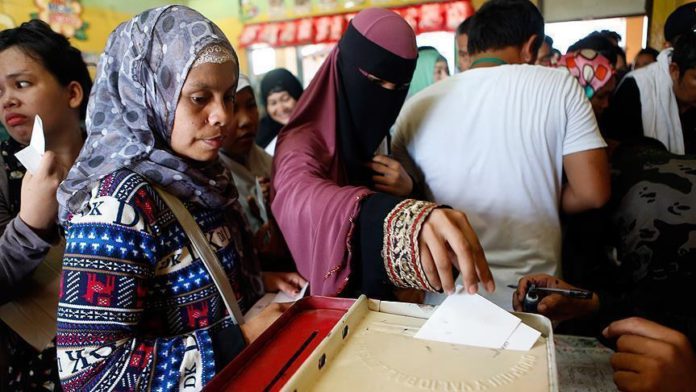 Human rights violations, intimidation, and cheating are plaguing campaign season in the Philippines ahead of May elections, a rights group alleged on Wednesday.

Citing the Jan. 15 murder of Rosemarie Galias, 68, and Silvestre Fortades Jr., 70, in the city of Barcelona, in the Sorsogon region, the group said they were members of Anakpawis, a progressive party representing the interests of peasants and workers in the nation’s Congress.

“The murder of the elderly political activist couple is the beginning of state murders in the presidential election campaign period, and must be vigorously condemned,” the group said.

“The students, peasants, workers, and human rights organizations in Sorsogon and the whole Bicol Region have suffered terrible repression during the Duterte period,” the rights group said.

The archipelago nation has witnessed a slew of killings in the past few months as election fever picks up.

Up to last August, according to the group’s data, “There were 60 political killings in Bicol out of a total of 421 nationwide.”

“There are also 43 political prisoners from the region, 10 of whom are women, and 29 have been arrested during the Duterte presidency,” it added.

“The ICHRP is gravely concerned that the repression under Duterte which we have investigated thoroughly last year will only intensify in this election campaign period,” said the statement.

The group said it is on “high alert to expose violations of human rights, intimidation and cheating in the campaign now unfolding.”

Duterte himself is not seeking reelection, as a second term in office is not allowed under the Constitution.