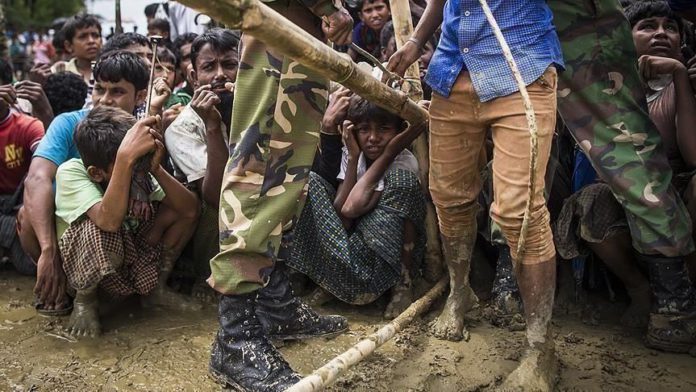 With the latest confessions by two defecting Myanmar soldiers that they were on orders to exterminate all Rohingya Muslims, it is more difficult for the international society to “bury their heads in the sand,” a campaign group said Wednesday.

Speaking to Anadolu Agency, Kyaw Win said they are “very excited by the news of two defecting soldiers arriving in The Hague.”

“Their testimony may prove invaluable in the pursuit of justice for the Rohingya,” he said.

Win said: “For years Burma has tried to paint the Rohingya as liars and agitators and having someone from within the army speak the truth should help significantly to erase that hateful talking point.

“With this development, it is now even more difficult for the international community to bury their heads in the sand and ignore the atrocities that happened to the Rohingya. Our hope is that justice is a little closer now than it was yesterday.”

Two members of Myanmar’s military have admitted to the International Criminal Court (ICC) to perpetrating atrocities against minority Rohingya Muslims in the country’s western Rakhine State, a statement from an international rights group claimed Tuesday.

“Both men separately claimed to be acting on orders from senior commanders to ‘exterminate all [Rohingya],’ to ‘shoot all that you see and that you hear,’ and to ‘kill all’ Rohingya in specific areas,” Fortify Rights said in a statement.

According to the statement, Fortify Rights obtained two videos of the confessions of Private Myo Win Tun and Private Zaw Naing Tun.

The ICC is yet to confirm the arrival of the soldiers in The Hague.