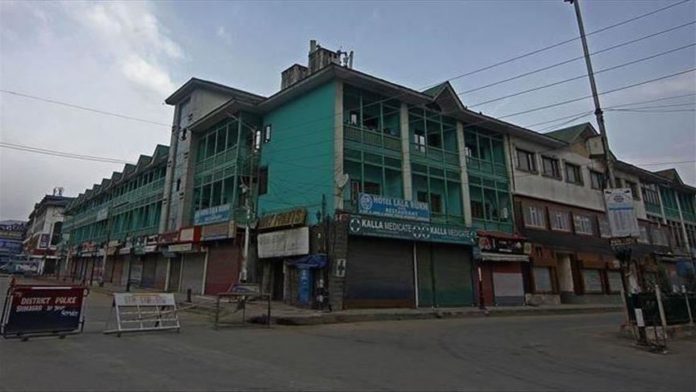 An international press advocacy group is urging India to immediately withdraw its “new media policy” in Indian-administered Jammu and Kashmir, saying it has handed unimpeded powers to authorities.

In a statement, Reporters Without Borders (RSF) said the policy allowed Indian officials to harass journalists and media judicially and economically if they “published content it doesn’t like,” it said, describing this as “prior censorship.”

Under the policy, the government’s information and public relations department (DIPR) exercises “pre- and post-publication control over all journalism in the territory for the next five years,” it added.

“By means of this totally Orwellian regulation, the Jammu and Kashmir administration becomes plaintiff against the free press, judge and executioner all in one,” said the RSF.

A Srinagar-based journalist told Anadolu Agency that the new media policy was “merely a legal cover to what is already going on in Kashmir.”

“For the last couple of months, many of our colleagues were booked under stringent laws, many were summoned [by police] and interrogated for their professional work or social media posts,” said the journalist, who wished to remain anonymous.

The RSF said the DIPR would conduct a “background check” of every publisher, editor and reporter before their media outlet is granted “empanelment” — its term for official approval.

“Any individual or group indulging in fake news, unethical or anti-national activities or in plagiarism shall be de-empaneled besides being proceeded against under law,” the new policy says, according to the RSF.

“As there is no definition of what constitutes fake news or anti-national content, the government has absolutely infinite interpretative leeway to censor any journalism it does not like and to impose its own narrative,” said Daniel Bastard, the head of RSF’s Asia-Pacific desk.

“The media policy is clearly in line with the attempts at controlling the press freedom in Kashmir and such attempts have increased manifold after August 2019,” the Kashmiri journalist added.

S&P 500 closes at new record with decline in volatility