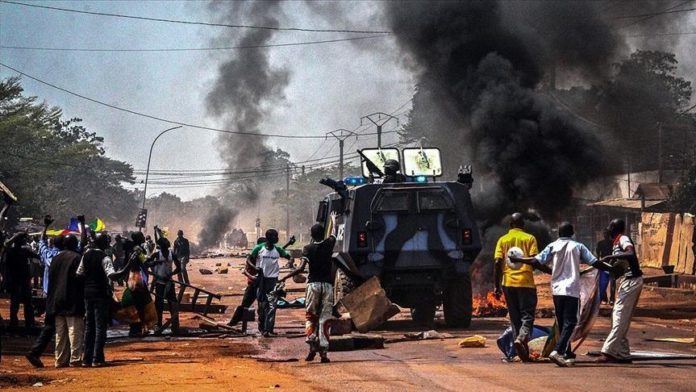 Many civilians have been killed and injured during the election period in the Central African Republic, Amnesty International said in a report on Thursday.

The rights group called on the authorities to protect civilians and launch independent judicial investigations into abuses and human rights violations by armed groups and security forces.

The situation in the republic, a landlocked country in Central Africa, worsened after the rejection of former President Francois Bozize’s candidacy in December’s presidential election.

At least 100,000 people have been displaced within the country by the latest violence. Another 107,000 fled to neighboring countries – Cameroon, Chad, and the Democratic Republic of Congo – according to the UN High Commissioner for Refugees.

“Civilians and their access to humanitarian assistance must be protected during conflicts. All parties to the conflict, including Central African forces, foreign forces, and armed groups, must respect their international humanitarian law obligations. They must do their best to protect civilians during clashes and attacks,” said Amnesty International researcher Abdoulaye Diarra.

“In a country where conflict has been raging for two decades, the authorities must now clearly prioritize the protection of human rights and the fight against impunity for those who violate them. An important first step is to open independent investigations into the violations and abuses documented.”

The rights group said the Coalition of Patriots for Change (CPC), which is led by Bozize, occupied several areas in Bambari on Dec. 22, 2020.

The government and allied forces clashed with the CPC to drive them back from the town on Feb. 15 and 16, 2021. Amnesty said it can confirm that civilians were killed in Bambari during the clashes.

On Wednesday, Prime Minister Ngrebada Firmin announced that Central African armed forces captured the town of Bossangoa, a stronghold of the CPC.

ANALYSIS – A new era of chaos in Haiti