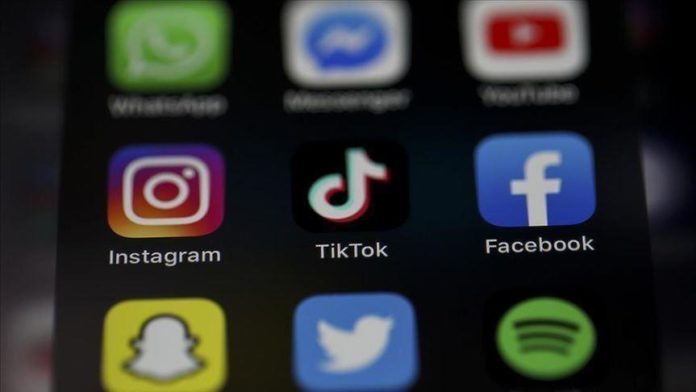 Social media has become an alternative platform in Bangladesh for human rights activism and political campaigns to create grounds for movements and for finding stories that go against the official narrative.

Ahead of the anniversary of Facebook’s launch on Feb. 4, 2004, experts and rights activists in Bangladesh said social media has played a significant role in attracting global attention toward “unjust acts” in Bangladesh and the country’s “repressive” Digital Security Act.

When the US recently imposed sanctions on the Rapid Action Battalion (RAB), an elite anti-crime and anti-terrorism unit of the Bangladesh Police, it mentioned the case of Ekramul Haque, the municipal councilor of Teknaf city in Cox’s Bazar district who was killed in a “gunfight” with law enforcers on May 26, 2018.

While he was engaged in the “gunfight,” he made three brief phone calls to his daughter using his phone and his wife’s smartphone, which had an app that recorded all incoming and outgoing calls.

Seconds before Haque was shot, his daughter was heard saying: “Baba (father), why are you crying?”

The incident went viral on social media once the conversation got leaked, but very few newspapers reported on it immediately.

In its announcement of sanctions, the US Treasury Department designated Benazir Ahmed, Bangladesh’s current police chief and former director general of RAB, and SIX other officials under the Global Magnitsky sanctions program in connection with the extrajudicial killing of 600 people and enforced disappearances.

Ali Riaz, a distinguished professor of political science at Illinois State University, told Anadolu Agency in an email that “in Bangladesh, increased surveillance and restrictions on freedom of assembly made social media the primary means to reach a large segment of citizens.”

Riaz, who is also a nonresident senior fellow of the Atlantic Council, said there are many instances such as Haque’s case where Bangladesh’s mainstream media has only picked up a story after it gained traction on social media.

“It is also a testimony of the lack of the media’s independence … The ownership pattern of the media, the nexus between the business and the government, restrictive laws and extralegal measures have created this environment of self-censorship,” he said.

Speaking to Anadolu Agency, Reza Kibria, a Bangladeshi politician, alleged that some 2,000 Islamic clerics have been jailed “but we hardly see any media reports on this.”

“Now people’s faith in mainstream media is fading,” he said.

“The government is doing all this to control opposition voices and to create a state of fear,” said Kibria, a graduate of politics, philosophy and economics from Oxford University.

He is also the convener of the newly formed political party Gono Odhikar Parishad and held a meeting with the US State Department on the issue of human rights, saying the “government in Bangladesh is now harassing family members of those who write and speak on social media sitting in the US.”

Recently, the government put a woman in jail, the sister of a journalist who lives in exile in the US, for his brother’s “crime” of running an “anti-state” campaign on digital platforms. The Committee to Protect Journalists also condemned the arrest.

Social media, however, is a double-edged sword, Riaz said.

“Most importantly, social media companies such as Facebook and Twitter have been driven by sensationalism and profits, disregarding the pernicious impacts. There is a need to hold these companies accountable,” he said.

It has also become a tool for authoritarian rulers, who are using it to spread disinformation and mislead people, Riaz added.

Impact of US sanctions

Kibria said ministers in Bangladesh are misinterpreting the US sanctions, believing they can get them rescinded by lobbying in the US.

“But we know the restrictions under the Global Magnitsky sanctions program will not be withdrawn,” he said.

“Bangladesh is not yet a big economy. Therefore, it will certainly be unwise to take the sanctions lightly, including for the survival of its major export item, readymade garments,” said Kibria, who is also a former World Bank official.

Warning that more US sanctions are in the pipeline, he urged the government to ensure the rule of law and hold fair elections to avoid such consequences.

Riaz also believes that “the sanctions, particularly in reference to human rights violations, clearly show that the US has taken note of the democratic backsliding in the country.”

“The country is now becoming the site of a geopolitical contest between the US and China. India is an actor in this tug-of-war. Bangladesh will need to make some difficult choices in the coming days,” he said.

Bangladesh’s Foreign Ministry has alleged that some Bangladeshis living abroad are spreading “anti-state propaganda” on digital platforms that has misled many global rights organizations and foreign allies.

The ministry, through its missions abroad, has started writing to countries, defending its position on human rights, according to officials.

Speaking to the Anadolu Agency, Foreign Minister AK Abdul Momen said “a number of subjects worked behind the recent US sanctions, and anti-state propaganda through social media campaigns is one of them.”

Anisul Huq, Bangladesh’s minister for law, justice and parliamentary affairs, denied there was pressure of any sort on the media, including mainstream outlets.

He told Anadolu Agency that the “government is working to modify and revise the Digital Security Act, scrutinizing the best practices in the world.”