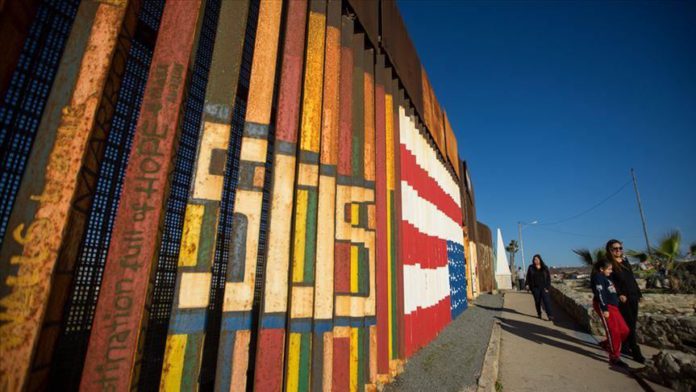 The world’s rich nations should stop “building walls” to keep refugees out as middle-income countries are holding most of the refugees, a humanitarian group said.

The statement by Jan Egeland, secretary general of the Norwegian Refugee Council, followed a UN report on global displaced figures on Thursday.

The UN Refugee Agency said an unprecedented 79.5 million people were displaced as of the end of 2019, with Turkey hosting the highest number of people forced to leave their homes.

“UNHCR has not seen a higher total,” Filippo Grandi, UN high commissioner for refugees, said at a news conference in Geneva while announcing the agency’s Global Trends report.

“This is the highest figure that UNHCR has recorded since these statistics have been systematically collected and is a reason for great concern.”

“It is a damning verdict of unaccountable, impotent and nationalistic leadership around the world. International and regional powers have been bystanders and even accomplices, as armed men have driven 79.5 million defenceless people out of their homes with impunity,” Egeland said.

Egeland underlined that “during the 1990s genocides, we considered the 40 million people fleeing conflict and persecution the sign of a world falling apart.”

“Today that number has doubled – one in every 100 people worldwide has been forced to flee.”

Egeland said the latest statistics “demand an end to the political inertia that exists in and around the world´s many protracted wars.”

He said: “Covid-19 and conflict are a lethal cocktail. Only real global cooperation will flatten the curve on these out-of-control displacement numbers, and end the suffering and the fertile ground for the pandemic.”

Drawing attention to latest anti-racism protests around the globe, Egeland said: “We must also stand up [and] give voice to the displaced and those fleeing violent racism and ethnic discrimination, in conflicts with little media attention.”

“Syria, DR Congo and Colombia host over 20 million people between them, while Europe drags its heels to accept 20,000 asylum seekers lying in limbo on a Greek Island, and the US closes its doors to single mothers fleeing horrific violence in Central America,” he added.

“We cannot continue to accept rich nations building walls, while poorer and middle-income nations host the vast majority of the world’s displaced people.”

Turkey hosts the highest number of people displaced across borders, 3.9 million, most of whom are Syrian refugees (92%).

Pakistan and Uganda hosted the 4th and 5th largest number.

The UN report released two days before World Refugee Day also noted diminishing prospects for refugees when it comes to hopes of a quick end to their plight.