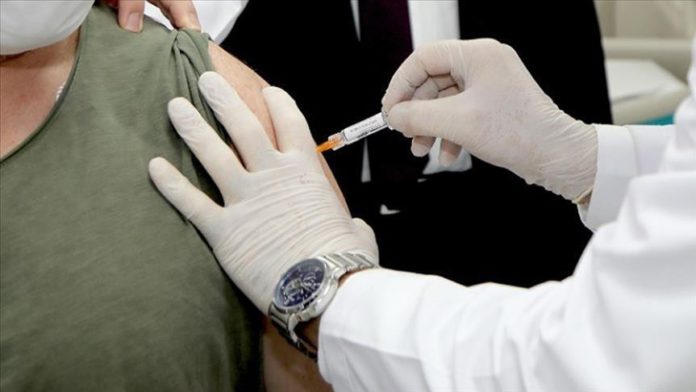 The world’s richest countries would do well to hurry in supplying and distributing vaccines against the novel coronavirus, as failing to do so would eventually harm their economies more severely than projected by earlier studies, experts say.

As the world tries to free itself from the COVID-19 pandemic, the issue of making vaccines universally available has taken center stage.

Despite pledges by donor countries to aid the global inoculation effort, there is still uncertainty about when jabs will reach vulnerable populations.

“No economy can bounce back fully until vaccines are distributed fairly, equally, quickly, affordably in every part of the world,” said Sebnem Kalemli-Ozcan, a professor of economics and finance at the University of Maryland College Park.

“No economy is safe until every economy is safe,” added Kalemli-Ozcan, citing the findings of a recent study commissioned by the International Chamber of Commerce (ICC) Research Foundation that made an urgent economic case for worldwide immunization.

“The big cost is still going to be on developing countries when only wealthier nations are getting vaccinated,” she said.

However, she stressed, the economic fallout that could be wrought on advanced economies if emerging markets are not sufficiently vaccinated is not at all small either.

“So this is very important since we are talking about a $4 trillion global cost and half of this is borne by advanced economies even if they can vaccinate all their citizens by the end of summer 2020.”

In the worst case scenario, assuming that in the absence of vaccinations, lockdowns in developing economies will cause a huge supply production shock, this could risk a $9.2 trillion loss on the global economy, said Kalemli-Ozcan.

This economic modeling suggests that rich countries, though able to roll out vaccines for all their citizens, could face stagnation while trying to recover if they fail to collaborate with others around the world.

Thus, she explained, such losses would diminish donor finances needed to get vaccines available for everyone, further undermining a coordinated global approach to equitable distribution.

The cost of investing to boost global vaccination is lower today than the cost advanced economies would incur under a scenario in which developing countries are not able to mass vaccinate, according to Kalemli-Ozcan.

In the absence of global cooperation, the research showed the economic costs borne by wealthy countries vary between $203 billion and $5 trillion, depending on the strength of trade and international production network relations.

She added that these figures were larger than previously estimated by earlier studies.

Countries like Belgium, France, Germany, the Netherlands, Norway, Switzerland, the UK and the US, could lose up to 3.9% of their GDP relative to a world where all countries are vaccinated.

While criticizing the current way governments are handling inoculation, she cautioned that changing course and curbing advanced economies’ vaccination campaigns to transfer jabs to other nations is also problematic.

“That’s not what we are saying, we are saying increase the supply, invest in manufacturing right now,” she said.

This goal is embodied in the Access to COVID-19 Tools (ACT) Accelerator, an international scheme led by World Health Organization (WHO). It aims to invest in the development, purchase and delivery of vaccines before the more severe consequences of non-immunization take root.

According to the WHO, additional funding is critical to support this initiative and carry it to success.

Funding commitments for the ACT-Accelerator currently total $6 billion, with an additional $4 billion in projected funding. However, there is amid a $27.2 billion funding gap that is expected to be reduced to $23.2 billion as projected funds become operationalized.

Arguing that all stakeholders should work together with international institutions, the US-based economist said other multilateral institutions, such as the International Monetary Fund (IMF) and World Bank should help the WHO in ensuring fair allocation of COVID-19 vaccines.

She said that even though globalization amplified the pandemic, it was still the world’s best bet in fighting the outbreak.

Only if multinational global institutions join forces to provide global solutions can this issue be dealt with, said Kalemli-Ozcan.

When asked whether she is hopeful on global cooperation for fairer vaccine distribution she said: “I am an optimist but of course with this pandemic, what we all learned is: ‘Hope for the best but prepare for the worst.'”

“I’m hoping that countries will come around and push for the global vaccination efforts.”