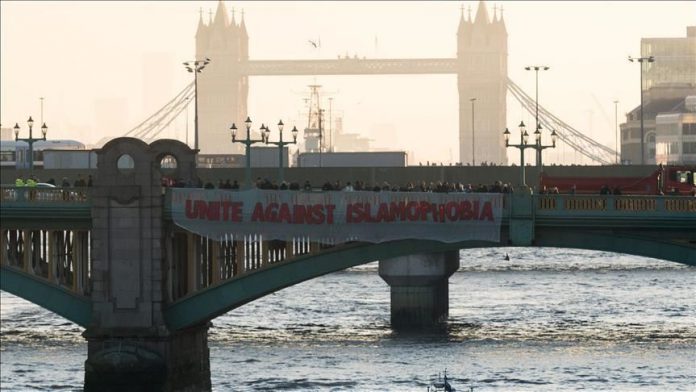 Appointment of Trevor Phillips — who is considered highly controversial in the British Muslim community — to take part in a government inquiry into the disproportionate impact of coronavirus on black and minority ethnic communities in the UK has provoked criticism.

Phillips is the former chair of the Equality and Human Rights Commission, the UK’s rights watchdog. He has a history of controversial remarks regarding Muslims.

He was appointed by Public Health England on April 24 to provide expert support in their investigation into why COVID-19 is disproportionally affecting people from black and minority ethnic (BAME) backgrounds.

The BAME community makes up just 10.8% of the population, but 34.5% of critically ill coronavirus patients, according to local media.

Sky News found that BAME Brits make up 72% of all NHS and carer deaths from COVID-19. The Guardian reported that black Brits make up 3.4% of the population, but 6.4% of COVID-19 deaths.

After first appearing in Wuhan, China in December, the novel coronavirus known as COVID-19 has spread to at least 185 countries and regions.

Labour MP Yasmin Qureshi tweeted: “To appoint Trevor Phillips, who has boasted about being labelled as an ‘Islamophobe’ undermines the integrity and credibility of the review.”

Phillips was suspended from the Labour Party earlier this year as the party launched an investigation into his alleged Islamophobia.

A Labour Party spokeswoman said at the time: “The Labour Party takes all complaints about Islamophobia extremely seriously and they are fully investigated in line with our rules and procedures, and any appropriate disciplinary action is taken.”

Phillips has previously said being anti-Islam cannot be considered racist because Muslims do not constitute a race. He also argued in a 2016 pamphlet that Muslims were becoming a nation within a nation and that an inability to speak about Muslims freely led to crimes going unreported for fear of being called racist, such as the country’s previous scandal over child-sex grooming gangs. His views have been echoed by far-right leaders such as Tommy Robinson.

Responding to the latest controversy, Phillips told the Huffington Post: “Everyone should be contributing anything they can to tackling this crisis.”

The Muslim Council of Britain (MCB) said in a statement: “This review is urgently needed to understand the reasons behind the huge impact on BAME communities, but the appointment of Trevor Phillips is controversial.”

“While we appreciate Public Health England’s desire to examine the over-representation of BAME deaths caused by COVID-19, it is wholly inappropriate to give that responsibility to someone being investigated for racism. The decision is particularly insensitive given that British Muslims overwhelmingly come from BAME communities and so many Muslim doctors have died at the front line of this pandemic,” MCB Secretary-General Harun Khan said.

The British Medical Association had lobbied for the review with chair Dr. Chaand Nagpaul saying: “The government must take every necessary step to address this devastating disparity and protect all sectors of the population equally and now.”

He added: “It also means taking vital steps now to protect our BAME communities until we can develop a detailed understanding of the threats they face. This could include that those at greatest risk, including older and retired doctors, are not working in potentially infectious settings.”

There has been much speculation as to why the BAME community have been more affected, with theories ranging from higher rates of heart disease and diabetes — COVID-19 hits comorbid patients particularly hard — to the difficulty of practicing social distancing in multi-generational households.

Others have suggested more structural issues, such as BAME Brits being more likely to work in low-paid work or be unemployed, and live in overcrowded houses.

The issue has grabbed national attention as the first 10 doctors, as well as two-thirds of the first 100 health and social care workers, to die from coronavirus were from BAME backgrounds, according to Omar Khan, the head of the Runnymede Trust, a race equality think tank.