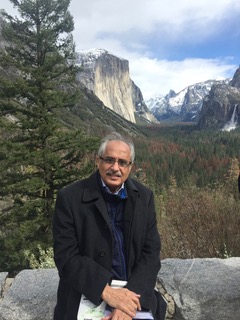 A former UN envoy has urged Myanmar to reverse the sad plight of Rohingya Muslims and face the reality of widespread institutional discrimination against the community.

In an exclusive interview with Anadolu Agency, Vijay Nambiar, who worked as chef de cabinet to the UN Secretary-General Ban Ki-moon for five years and then his special advisor on Myanmar, said the world body along with regional grouping like Association of Southeast Asian Nations (ASEAN) should address Rohingya crises in a non-confrontational way with Myanmar

“I have always believed that along with the UN, the ASEAN has a responsibility to address this conflict in a non-confrontational way with Myanmar and to suggest realistic solutions which will also include a way to provide legal immigration opportunities for the Rohingyas who have fled from Myanmar in countries like Malaysia and Indonesia,” said Nambiar, who has also served as India’s ambassador at the UN and also an envoy in Pakistan.

Hundreds of thousands of Rohingya hailing from the western Rakhine state of Myanmar escaped from their country after Myanmar military launched a massive crackdown on Aug. 25, 2017 — which is called the textbook example of genocide by the UN.

The former diplomat said that three years down the line not much has changed inside Myanmar.

“The situation in Myanmar does not seem to have changed much over the past months. We have fresh elections due in November [in Myanmar] this year and the country is gearing towards that process. Public sentiment and stereotypes are therefore unlikely to change very much,” he said.

According to Nambiar, Myanmar must face up to the reality of the widespread “institutional discrimination” practiced against the Rohingyas and that take active steps to reverse their sad plight.

He called for granting equal opportunity and expediting procedures to grant citizenship to those whose parents or those who themselves enjoyed this right earlier. He further urged that the community must have access to health services and education at par with their neighbors.

No unanimity at the UNSC

The former UN diplomat, however, did not see the possibility of any serious action by the UN Security Council for want of unanimity among five permeant members.

Praising the quiet groundwork undertaken by organizations like Yangon-based Centre for Diversity and National Harmony, Nambiar said these activities may not bring real fruits, as long as the army, as well as the central and state government, remains unprepared to decisive and firm action to reverse the situation.

He said while Myanmar has committed to take back Rohingya who escaped the violence in 2017, the progress is very dilatory. 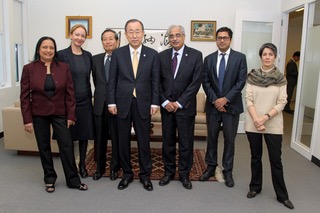 “Their [Rohingya] fate, once they get back, is uncertain and the path to citizenship is still clouded with ambiguity. As such, the refugees are unwilling to face the possibility of fresh outbreaks of violence and depredations by the Tatmadaw [the Myanmar military] against them,” said Nambiar.

Former diplomat hailing from the southern Indian state of Kerala, who held the rank of under-secretary-general and a member of the management team of Ban Ki-Moon hoped there is no fresh deportation of Rohingya refugees from India and those already in the country are allowed a dignified and predictable future.

India hosts 18,914 Rohingya currently, as per data with the UNHCR office in New Delhi. Prime Minister Narendra Modi government recently deported three groups of Rohingya making up to at least 20 people to Myanmar, who had tried to enter the country from northeastern states of Assam and Manipur.

UN seeking nearly $2.5B in aid for war-torn Yemen