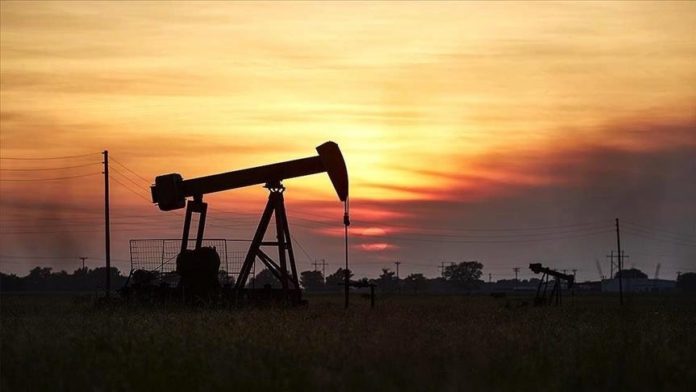 The collective revenues of the world’s top 14 publicly traded oil companies declined 35.4% in 2020, according to data compiled by Anadolu Agency from their financial results on Thursday.

2020 was a difficult year for oil markets, which saw both benchmarks record historic lows amid unprecedented market volatility.

The COVID-19 pandemic and following mobility constraints, along with macroeconomic risks and global geopolitical instability, crippled demand, which dropped from 99.76 million barrels per day (bpd) in 2019 to 90.01 bpd in 2020, according to the Organization of Petroleum Exporting Countries (OPEC) Monthly Oil Report in January 2021.

In February 2020, the global oil market was dealt its first blow when COVID-19 began to spread worldwide, necessitating major oil producers, OPEC and its allies, known as OPEC+, to step in to take the market under control. However, they failed to find common ground due to divisions between OPEC’s leader, Saudi Arabia, and non-OPEC leader, Russia.

Oil prices crashed due to this disagreement and after the two major oil producers opened the taps and suspended production cuts from April. The oil market then had to contend with oversupply and historic low demand, severely affecting oil prices.

Amid a coronavirus-induced supply glut, storage problems also played a significant role in exerting pressure on prices. In April, the lack of storage meant that even traders were reluctant to take physical delivery, which caused oil dumping at all costs and plummeted WTI into negative territory on April 20.

Due to low prices, the revenue of these 14 firms declined by $716.5 billion, or 35.4%, to $1.3 trillion last year, down from approximately $2.02 trillion compared to 2019, calculations from the financial results data showed.

Other firms that posted high revenue declines were BP with a 35% loss, equating to $99.1 billion, Saudi Aramco with a 31% fall, equivalent to $90 billion, and ExxonMobil with an $83.4 billion contraction, corresponding to nearly 31%.

Saudi Aramco earned $49 billion last year, although the company’s net profit was approximately 44% below its earnings in 2019.