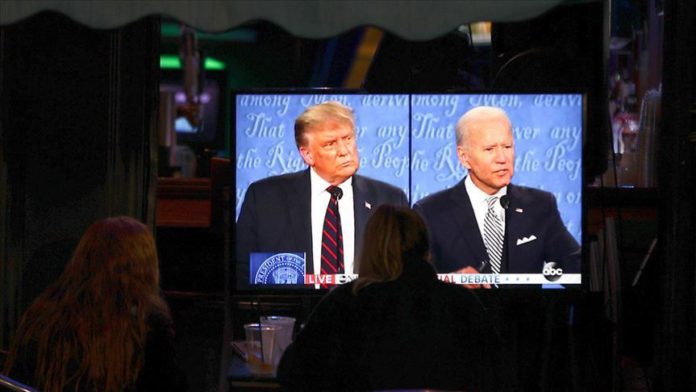 The US presidential election day is less than one month away and the prospects are still unclear.

Yet, whether US President Donald Trump or Joe Biden wins the Nov. 3 election, one thing is clear: it will likely carry weight in Latin America.

Perhaps the most pressing issue in the region is the political and economic crisis in Venezuela. The election outcome will determine the position the US will take — either accelerate and deepen sanctions on the South American country or change course in the very rugged relationship between the two nations.

The rest of the region, however, has been following closely the elections as many countries depend, to some extent, on the US, either because they are strategic partners, as in the case of Colombia, or because of trade relationships, as is the case with Central American countries, particularly Mexico.

Brazil is a key member of the Mercosur, officially Southern Common Market, and develops increasingly good relations with the European Union (EU) despite the Trump-friendly president of the country. The US-Brazil relationship is stronger than ever, according to the Trump administration, which is key to the US vision to ”achieve a free and democratic Western Hemisphere.”

Trump vs. Biden on Venezuela

Since Trump came to power, relations between Caracas and Washington have been at their lowest point. The Trump administration imposed sweeping sanctions against Venezuela and trade bans that have worsened the recession the country is facing, with millions suffering food and medicine shortages and soaring inflation.

Senior administration officials have even reported that Trump suggested using the military to invade Venezuela.

The US also indicted Venezuelan President Nicolas Maduro for drug trafficking in March, offering a $15 million reward for information leading to his arrest, in efforts to ramp up pressure to oust the socialist leader.

“Meanwhile, no Democrat government in recent years, starting from [Bill] Clinton, has even hinted at the possibility of using the military to intervene in Venezuela,” told Mauricio Jaramillo to Anadolu Agency, an international relations expert at the University of El Rosario in Bogota, who claims a military option would be ruled out if Biden wins the White House.

“I don’t think Biden will shake hands with Maduro if he wins the elections, but I do think other alternatives will be considered, for example, offering Maduro to lift sanctions if he makes some changes in the political system, especially, when parliamentary elections are scheduled to be held in December,” he said.

Colombia, a strategic ally, for now

For years, Colombia has been Washington’s closest regional ally. And under Trump, things have not been different.

In fact, Colombia showed support for the US candidate to lead the Inter-American Development Bank (IDB), Mauricio Claver-Carone, who was elected to a five-year term although several Latin American countries demanded a vote delay, citing concerns about having an IDB leader from outside the region.

Biden also publicly opposed his candidacy, with a spokesperson calling Claver-Carone “overly ideological” and “underqualified” for the job.

But that partnership could be strained if Trump does not win a second term in November.

Colombian President Ivan Duque has met Trump on several occasions to talk about efforts to drive Maduro from power. That is why, according to Jaramillo, if Biden wins, there is a chance Trump administration policies will be reversed.

“If Joe Biden wins and the United States begins to lift sanctions and opens the door for dialogue with Venezuela, that would be a very big setback for Colombia,” said Jaramillo. “When it comes to Venezuela, I believe that Colombia has lit a candle for Trump to win.”

Venezuela has been a priority for Colombia, especially in recent years. On the one hand, it has taken in the vast majority of the more than 2 million Venezuelans fleeing poverty, which has triggered a humanitarian crisis as it has become increasingly difficult to host a large number of migrants in need of help.

On the other hand, Duque has repeatedly accused Venezuela of harboring guerrilla groups and drug traffickers after dissident Revolutionary Armed Forces of Colombia, or FARC rebels, went missing after breaking away from a 2016 peace deal that ended decades of a civil war, a claim Maduro denies.

Trump’s arrival in the White House raised expectations that Latin America and the Caribbean would have a preferential spot on the US agenda, but what happened south of US shores has not been a priority under his administration, said Jaramillo. This includes his relationship with multilateral regional bodies, to which Trump has not given special support. Except perhaps the Organization of American States (OAS) regional bloc.

Critics say Trump has called on the OAS to put increasing pressure on the Maduro’s government and to recognize Venezuelan opposition leader Juan Guaido’s ambassador as the official representative to the bloc. The US ambassador to the OAS has also received criticism for intervening in Latin American countries including Haiti, and Bolivia to oust President Evo Morales, who called the US a “great conspirator” when he fell from power in 2019.

However, beyond political strategy, Trump has not become involved with other multilateral organizations in the region that aim to resolve conflicts, contribute to economic development and strengthen trade ties. His “America First” strategy has been mainly oriented toward bilateral relations.

And like Trump´s foreign policy in the region, Biden will probably continue with the same bilateral approach taken also by the Barack Obama administration.

Whether Biden wins at the ballot box or Trump holds power “in the aftermath of the pandemic, Latin America will not be a priority for US foreign policy,” said Jaramillo, who claims unlike other regions, it hardly embodies strategic interests for the US.

China set to conquer the region

With US dependability in question, regional countries may be looking to build strong relationships in other parts of the world like China, said Jaramillo.

“We must wait and see how the Chinese economy will look after the pandemic, but there is no doubt that the presence of China in Latin America is a growing trend and I think it will be difficult to reverse that,” he said, “although the United States may not like that because that means China will be exercising dominance in America’s backyard.”