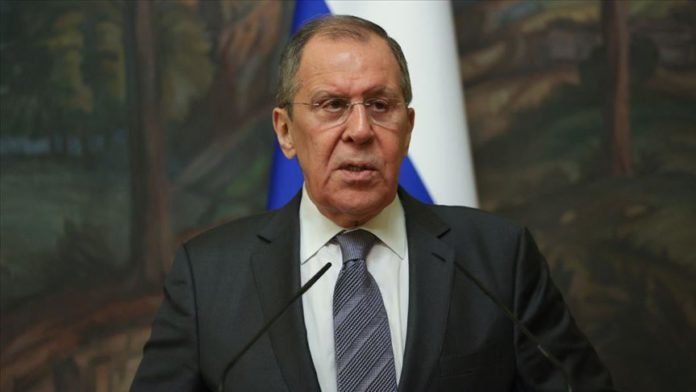 Russian Foreign Minister Sergey Lavrov called the restoration of the Libyan territorial integrity as “the ultimate goal” of the Libya settlement.

Speaking at a press conference in Moscow, following a meeting with his Algerian counterpart Sabri Boukadoum, Lavrov said as long as the Libyans are split, there will always be risks that external players will bet on one or the other side.

“The situation in the country demands to bring the warring parties to the negotiating table and to help them find a solution, respecting the interests of all Libyan people,” the minister said.

Russia works with all parties to the conflict as well as the neighboring countries and external players to rebuild the Libyan statehood, Lavrov pointed out.

“Russia assigns the most active role to Libya’s neighbors, including Algeria, Tunisia, and Egypt, because security in these countries depends on how successfully the conflict is resolved,” the minister said.

In turn, Algerian Foreign Minister Sabri Boukadoum said political dialogue is “the only way to resolve the crisis in Libya”.

“There is no military solution to this conflict and there will be no military solution. We have confirmed the most important aspect – the unity of Libya and the territorial integrity of Libya. The only way to resolve the crisis is through political dialogue. The integrity and sovereignty of the Libyan state must be respected and political dialogue must be taken as the main principle,” he said.

Libya has been torn by civil war since the ouster of late ruler Muammar Gaddafi in 2011. Libya’s new government was founded in 2015 under a UN-led agreement, but efforts for a long-term political settlement failed due to a military offensive by warlord Khalifa Haftar’s forces.

Since April 2019, Haftar’s forces launched attacks on Tripoli and other parts of northwestern Libya, resulting in more than 1,000 deaths.

Libya’s UN-recognized government launched Operation Peace Storm to counter these attacks, and recently liberated strategic locations, including the Al-Watiya airbase and the western city of Tarhuna.