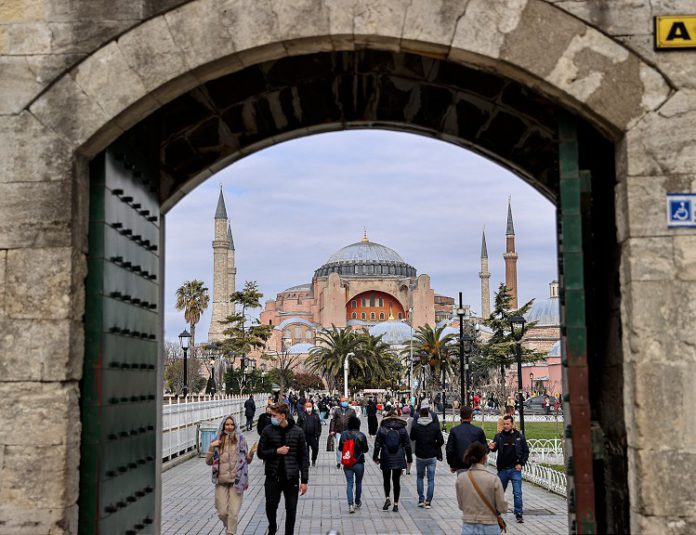 Istanbul’s landmark Hagia Sophia Mosque underwent restoration using the most advanced techniques setting an example for the world, said the provincial director of culture and tourism.

Dr. Coskun Yilmaz stated that Hagia Sophia has a history of 1,500 years, and the political, social, cultural and natural disasters experienced in this process also left its traces on the structure.

He noted that Hagia Sophia was burned in the Nika riots, suffered the Latin invasion, and was exposed to major earthquakes, fires and other disasters.

“In fact, the support, maintenance and repair work that carried Hagia Sophia from the 16th century to the present day and will lead it even to the next centuries was carried out by Mimar Sinan,” he said.

Yilmaz said that architects of the day say that if it was not for the repair work supervised by Ottoman architect Mimar Sinan, people would only talk about the ruins of Hagia Sophia today.

“For this reason, once can refer to Mimar Sinan as one of the architects of Hagia Sophia,” he said.

He compared the restoration work in Hagia Sophia to digging a well with a needle and said it was necessary to evaluate and use three to five different methods to repair a marble of this structure and to bring its parts together. 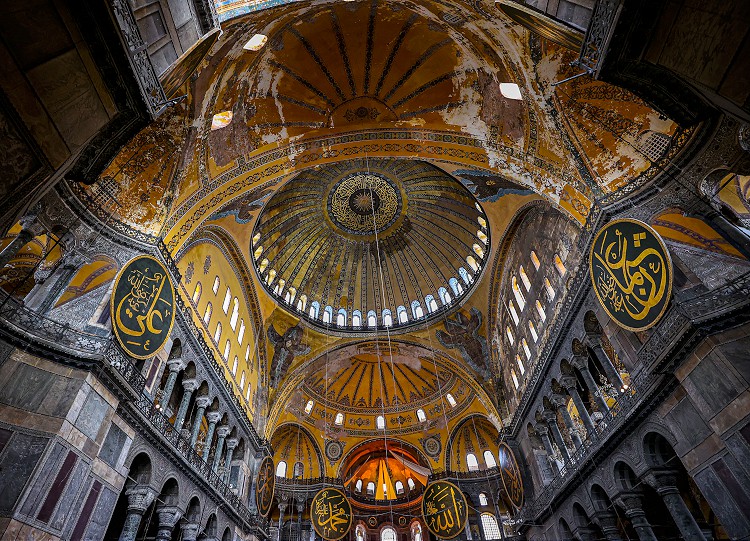 “It may seem strange to you, but even a piece of marble as small as the head of a pin is detected and photographed, millimetric calculations and drawings are made and are replaced.

“Hagia Sophia has revealed to the world an exemplary system, model and structure on how to protect the cultural heritage of different beliefs and civilizations. This is a tradition that comes from our historical roots and practices. Different diplomats I met recently also acknowledged this,” he said.

Yilmaz stated that Turkish President Recep Tayyip Erdogan closely monitored the restoration in Hagia Sophia when it was a museum and during the process of converting it back to a mosque. 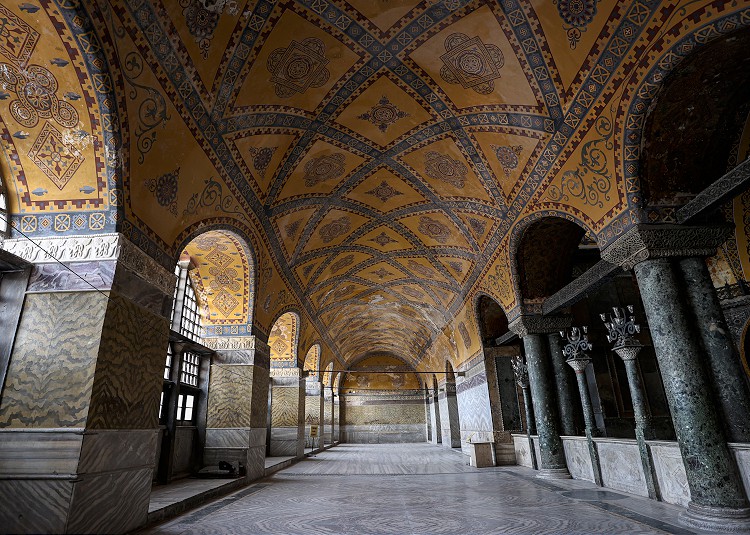