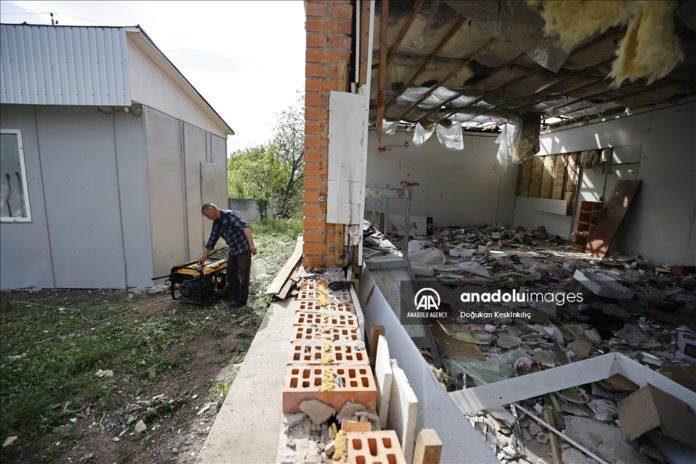 Residents of the Ukrainian village of Peremoga are trying to return to their lives as they were before the war with Russia began.

Russian forces captured the village in Brovary in the Kyiv region on Feb. 28.

During the Russian occupation that lasted until late March, the village suffered heavy damage and lost residents.

Since liberation by Ukrainian forces, residents have been trying to rebuild.

Olga, who did not give her last name because of security concerns, told Anadolu Agency that Russian forces that captured the village, stationed more than 200 military vehicles.

They used that village as a ground to launch attacks on Kyiv, she said, adding that residents had to stay in their houses without stepping outside for more than two weeks.

“It was a nightmarish situation,” she said.

Olga said people were able to flee the village in March but found their businesses were bombed when she returned.

She said the corpses of the four civilians were discovered in a cellar.

“There were no Ukrainian troops deployed in the village. I am having a hard time understanding the way Russian forces acted,” she said.

At least 3,778 people have been killed and 4,186 injured in Ukraine since the start of the war on Feb. 24, according to UN estimates. The true toll is believed to be much higher.