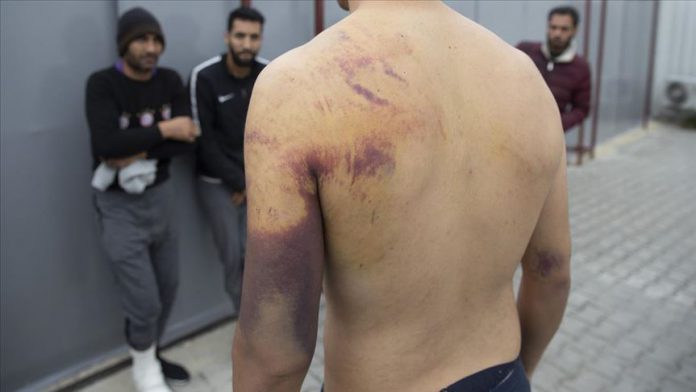 Irregular migrants have said Greek soldiers who pushed them to Turkey maltreated them.

The group rescued by Turkish border units in the northwestern province Edirne said the Greek soldiers took their money.

A 31-year-old Pakistani migrant told Anadolu Agency that after moving to Greece with a group of 18 people, they marched to the city of Xanthi and were arrested by police on their way to Kavala.

Musaddiq Javed said they were handed over to the soldiers by police.

The soldiers, he claimed, took his phone and euros and liras he owned.

Javed said that he wanted to