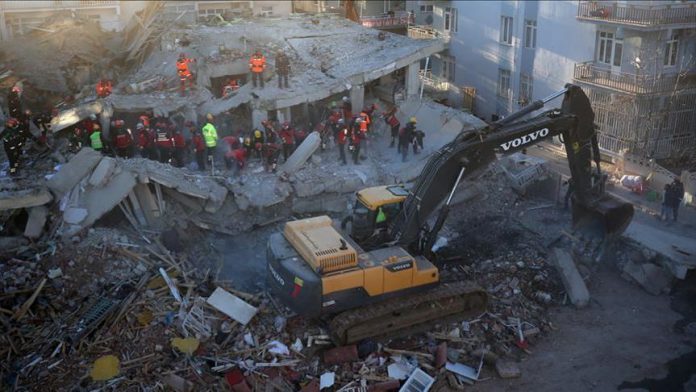 Search and rescue operations continued Sunday in eastern Turkey after a magnitude 6.8 earthquake struck the region late last week, killing 35 people and injuring many others.

Burial ceremonies were held for seven victims in Elazig and Malatya provinces, some of which were attended by President Recep Tayyip Erdogan and Turkish lawmakers.

A team of surveyors is still assessing the destruction caused by the earthquake, with initial reports suggesting that out of 1,521 buildings,