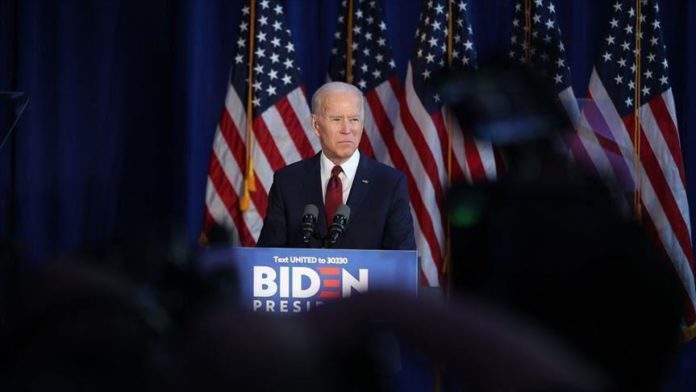 Just as the Democrats dedicated much of their convention last week to talking about President Donald Trump, Republicans used their convention time Monday to make the point that Democratic presidential nominee Joe Biden and his running mate Kamala Harris will take the United States in the wrong direction.

The first night of the National Republican Convention featured a diverse lineup that included Senator Tim Scott, the only Black Republican in the Senate, former ambassador to the United Nations Nikki Haley, Donald Trump Jr., the president’s eldest son, and Kimberly Guilfoyle, a top official for the campaign and Donald Trump Jr. ‘s girlfriend.

The main theme that was stressed throughout the convention was Biden’s “socialist” agenda.

Maximo Alvarez, a Cuban born man who lives in Florida, warned Americans against socialism as he compared Democrats to Fidel Castro.

“President Trump is fighting the forces of anarchy and communism,” Alvarez said.

Mark and Patricia McCloskey, the St. Louis couple who waved guns at Black Lives Matters protesters who were marching past their house, advocated for the second amendment and said that Democrats “no longer view the government’s job as protecting honest citizens from criminals, but rather protecting criminals from honest citizens.”

“What you saw happen to us could just as easily happen to any of you who are watching from quiet neighborhoods around our country, and that’s what we want to speak to you about tonight,” said Patricia McCloskey.

Some of the speakers referenced plans by Democrats to defund the police, an idea that Biden has repeatedly said he does not support.

On a contrasting note, South Carolina Senator Tim Scott delivered a forceful speech aimed at expanding the base of the Republican Party, touching on race and speaking about a bright future for the country.

Nikki Haley, who served as ambassador to the UN under Trump and is likely to run for president in 2024, defended Trump’s performance. Haley, the daughter of Indian immigrants, said she “faced discrimination and hardship” while growing up.

“It’s now fashionable to say that America is racist. That is a lie,” said Haley, who removed the Confederate flag from South Carolina’s statehouse as governor. “America is not a racist country.”

After the momentum Biden gained from the Democrats’ convention, Trump responded to criticism by Democrats of his handling of the coronavirus pandemic.

A significant part of the Republican convention Monday was focused on demonstrating that Trump’s efforts saved millions of lives.

It involved regular Americans who credited the president with saving lives put at risk by the virus and hailed the Trump travel ban from China and other coronavirus epicenters to lessen the spread of the coronavirus.

Democrats have insisted that Trump has not handled the coronavirus swiftly and effectively as he downplayed the virus since the beginning and refused to wear a face mask in public until July.

The US has had one of the worst pandemic outcomes in the world, with more than 5.7 million infections and over 177,000 deaths as of Monday evening.

The convention included videos with regular people that intended to build Trump up with their testimonials. One of them involved Trump talking to Americans held in foreign nations that he brought back home.

“To me, President Erdogan was very good,” Trump said to one detainee who was held in Turkey.

He is expected to accept the nomination in a speech on Thursday live from the White House.