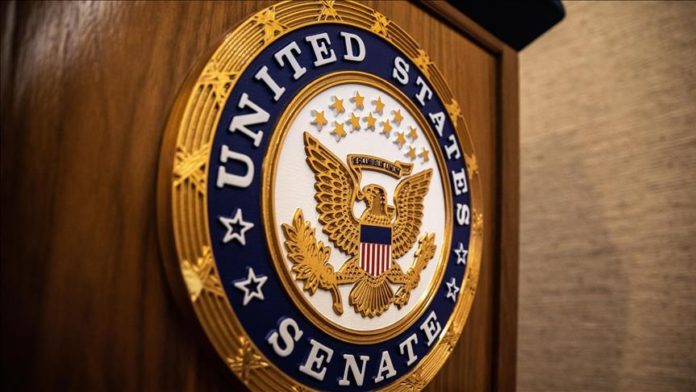 A group of Republicans in the US Senate urged the Biden administration late Thursday to reverse course and allow the transfer of Poland’s MiG fighter jets to Ukraine amid its war with Russia.

In a letter, 40 GOP senators led by Joni Ernst and Mitt Romney urged President Joe Biden “to work with Poland and our NATO allies to expedite the transfer of urgently needed airpower, air defense systems, and other combat and support capabilities from the United States, NATO allies and other European partners to Ukraine.”

“While we commend the lethal aid that your Administration has sent to Ukraine thus far, we strongly disagree with your decision to delay and deny Poland the option to transfer fighter jets to Ukraine,” they said.

The senators said the US “cannot allow (Russian President Vladimir) Putin to gain an advantage because of a failure to provide the Ukrainians with needed weaponry, ammunition, communications equipment and medical supplies.”

“We implore you to act without delay to provide urgently needed airpower that will bolster the ability of the Ukrainian armed forces to defend their country and help save civilian lives,” they added.

Ukrainian President Volodymyr Zelenskyy has sought fighter jets from the West, but the US rejected a proposal from Poland that would have seen its fleet of MiG-29 jets sent to a US airbase in Germany and flown from there to Ukraine.

The Pentagon said the Polish proposal was “high risk” and it does not support the transfer of additional fighter aircraft to the Ukrainian Air Force “at this time” and has “no desire to see them in our custody either.”

Russia’s war on Ukraine, which began on Feb. 24, has drawn international condemnation, led to financial sanctions on Moscow and spurred an exodus of global companies from Russia.

At least 549 civilians have been killed and 957 others injured in Ukraine since the beginning of the war, according to UN figures. But the international body has maintained that conditions on the ground have made it “difficult to verify” the true number of civilian casualties.