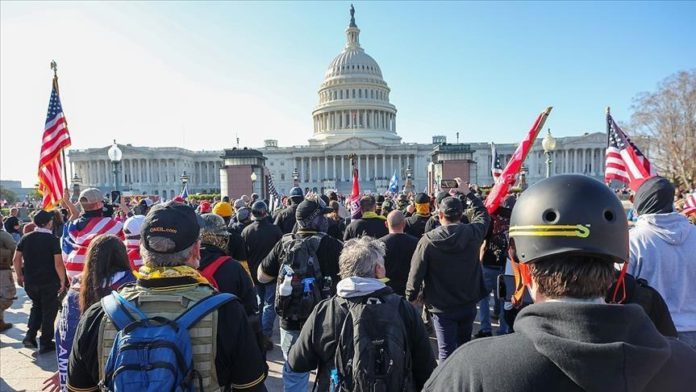 Congressman Adam Kinzinger became the first Republican lawmaker to call for President Donald Trump to be removed via the 25th Amendment of the US Constitution.

“Sadly, yesterday it became evident that not only has the president abdicated his duty to protect the American people and the people’s House, he invoked and inflamed passions that only gave fuel to the insurrection that we saw here,” Kinzinger said in a video posted to Twitter, one day after protestors stormed the US Capitol building. “It’s time to invoke the 25th Amendment and to end this nightmare.”

His demand came after 17 Democrats in the House of Representatives sent a letter to US Vice President Mike Pence asking for Trump to be removed from office.

Led by David Cicilline from the state of Rhode Island and Ted Lieu of California, the group said Trump has shown he is unwilling to protect democracy and carry out the duties of the presidential office.