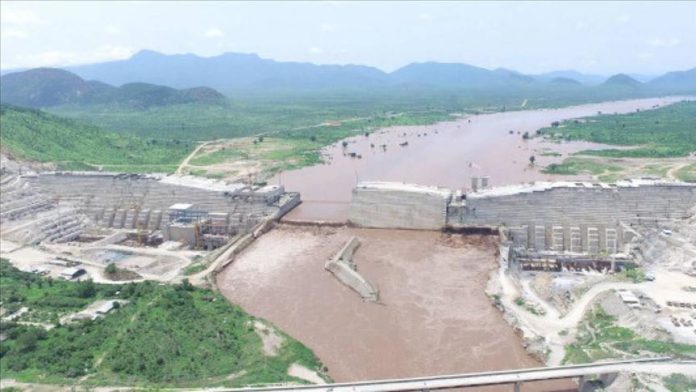 Ethiopia has informed Sudan that it has not started filling the reservoir of the Grand Ethiopian Renaissance Dam (GERD), Sudan’s Foreign Ministry said on Thursday.

In a statement, the ministry said Ethiopia had conveyed that reports regarding the filling of the dam were incorrect.

The clarification was presented by Ethiopia’s Charge d’Affaires Mekonnen Gossaye in a meeting with Babaker al-Amin, a senior official of the Sudanese Foreign Ministry, in Sudan’s capital Khartoum.

Gossaye asserted that Ethiopia had not closed the gates of the dam and the buildup of water was a natural process due to the current rainy season.

He also reaffirmed his country’s willingness to continue the ongoing negotiations between Sudan, Ethiopia, and Egypt on the $5 billion project.

For his part, al-Amin reiterated Sudan’s commitment to negotiations to reach a consensus on the matter, while also conveying the country’s stance against any unilateral measures.

The issue was sparked by a statement from Seleshi Bekele, Ethiopia’s water minister, on Wednesday, which gave the impression that Ethiopia had started filling the dam.

The minister has since issued a clarification, while Ethiopia’s state-owned broadcaster also apologized on Thursday for what is said was “erroneous” reporting.

Egypt opposes the hydropower project that Ethiopia started building in 2011 on the Blue Nile, a tributary of the Nile River, near the border with Sudan.

Ethiopia has said it will start filling the dam in July, while Egypt and Sudan are opposed to any such move before a tripartite agreement is reached.

The three countries failed to reach an understanding earlier this week.

Egypt fears the dam will affect its annual share of the Nile’s water, amounting to 55.5 billion cubic meters.

The GERD’s construction is expected to finish by 2023 and the hydroelectric dam will produce 6,475 megawatts for Ethiopia’s domestic and industrial use, as well as for export to neighboring countries.

Ethiopia maintains it will not harm the interests of Egypt and Sudan, and that its only aim is to generate electricity and boost development.