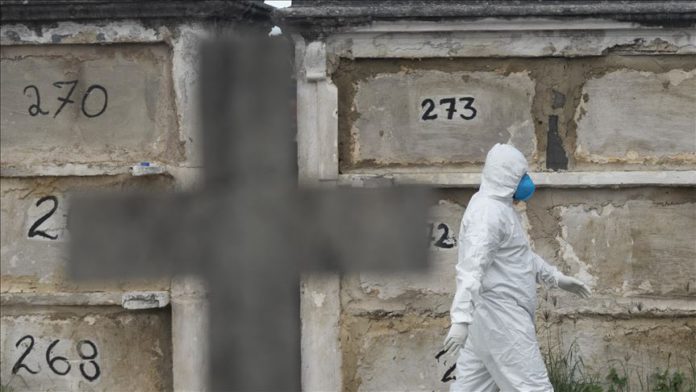 Latin America reported more than 2.6 million coronavirus cases as of Wednesday, but countries in the region are showing no intention of reimposing lockdowns as they grapple with reopening plans.

Mexican businesses have been closed since April in an effort to stop the spread of the coronavirus. But in response to a downward trend in the number of people hospitalized with COVID-19, Mexican authorities decided reopening day is here, although with a lot of restrictions.

On June 29, several businesses in the city were gradually reactivated. On Wednesday, it was the hotels’ and restaurants’ turn. Restaurants will operate with a capacity of 30%-40% while hotels will maintain a maximum occupation of 30%.

Menus will have to be disposable, exposed on a blackboard, or seen through a QR code; an online reservation system and card payments will be encouraged.

The Dominican Republic reopened airports, hotels and restaurants Wednesday under strict health measures. The tourism industry had been paralyzed since mid-March due to the closure of borders as a result of the global impact of COVID-19.

The country welcomed international visitors from the US after three months of closure, which has been devastating for the sector, on which 8% of the GDP and 300,000 direct jobs depend.

Brazil topped 60,000 deaths from the novel coronavirus after recording more than 1,000 fatalities over the last 24 hours, health authorities said Wednesday. The second-worst affected nation in the world also reported nearly 1.5 million cases as of Wednesday.

Due to the increase in COVID-19 cases, the country’s 2020 municipal elections scheduled for October were postponed. The Brazilian Chamber of Deputies approved a constitutional amendment Wednesday that postpones the first round for six weeks. As a result, the first round will take place on Nov. 15 and the second on Nov. 29. They were originally scheduled on Oct. 4 and Oct. 25 respectively.

For now, it will only be delayed for a few weeks, but authorities can postpone it even more if the health crisis continues in November. The final deadline for the elections to take place, in any case, must be Dec. 27.

After the European Union reopened its borders to 14 countries including Uruguay, the only one in Latin America, the South American nation announced that it is analyzing the opening of its borders to EU countries.

Uruguayan Foreign Minister Ernesto Talvi said Tuesday in Montevideo that the opening of borders should be the result of a bilateral agreement.

“For flights to be profitable, they have to come with people and go with people. There has to be coordination and reciprocity for there to be a bilateral opening of the borders,” he said.

Uruguay currently only allows the entry of nationals, foreigners residing in the country or members of the diplomatic corps. With 943 confirmed cases of COVID-19 and 28 deaths, it distinguishes itself from its South American neighbors.