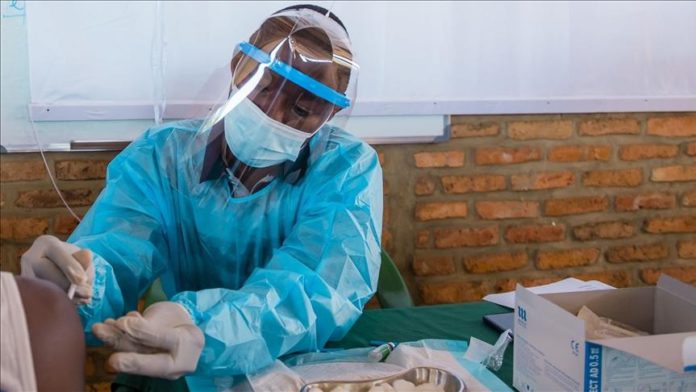 Earlier this year, Johnson Chegore, 33, resigned from his job as a nurse at a government hospital in the Zimbabwean capital Harare before he left for the UK.

In Bulawayo, Zimbabwe’s second-largest city, medical doctor Hilda Zilawe, 37, also resigned last year before leaving for Australia where she is processing her papers to commence work as a physician.

In another case, Lindiwe Gamanya, 29, a radiographer at a government hospital in Harare, also left her job last year before she headed to Canada where she said she found a well-paying job as a radiographer.

In fact, as many health workers like Chegore, Zilawe, and Gamanya abandon their local jobs, Zimbabwe faces a renewed exodus of its own medical workers.

The migrating healthcare staff said they could no longer afford life’s basics due to poor wages, but now away from home, life has taken a turn for the better.

Yet suffering continues for those like Hector Madiro, a 44-year-old nurse who works at a council clinic in Harare.

Madiro, who has worked for the government for over two decades, is nostalgic about the days of the unity government when the economy took a break from further collapsing.

“The stability we particularly enjoyed between 2009 and 2013 during the time of the unity government ended, and since then those good days have been replaced by intense economic suffering for workers like myself,” Madiro told Anadolu Agency.

Like many others, Madiro dreams about leaving Zimbabwe as soon as possible and heading to the developed world, where he firmly believes services rendered by healthcare workers are highly rewarded.

Thousands of health workers have already left the southern African nation in search of better wages and improved working conditions.

According to Zimbabwe’s Health Services Board, over 2,200 nurses and doctors have left the country since last year, leaving the public health systems crippled.

“Nurses and doctors are leaving the country every day and I can tell you the healthcare systems in government hospitals and council clinics is bad and we all want to leave,” said Sekai Muranda, a 30-year-old nurse in Zimbabwe.

Tinago Marwizi, 43, is a teacher in Mwenezi, southeastern Masvingo, who lost last year a relative to hypertension at the Neshuro state hospital in the district.

He claimed there are very few health workers available and, and worse still, they do not have means to attend to patients.

“Nurses and doctors lack medical gloves. They have neither medical drugs nor injections to administer to their patients. A few number of health workers, who are apparently also hungry for better wages, are just enduring, but obviously waiting for opportunities to leave the country,” Marwizi told Anadolu Agency.

Yet Zimbabwe’s brain drain in the public health sector has also been fueled by the rising demand for health professionals in countries where many medical workers succumbed to COVID-19.

Such countries are the UK, Australia, Italy, and several others, and many Zimbabwean health workers are landing opportunities there, filling up the gaps created by the coronavirus pandemic.

In Zimbabwe, a trained nurse earns about 33,000 Zimbabwean dollars ($165) per month, and this has not been enough for many who are now on an exodus to seek better living conditions abroad and in neighboring countries like South Africa, Botswana, and Namibia.

Such tempting wages just in the neighboring countries have only encouraged the exodus of medical workers in Zimbabwe, according to government officials who spoke on condition of anonymity as they were not authorized to speak to the media.

In the developed countries where healthcare workers from Africa are in high demand, the wages are even higher.

Such packages have only caused the Zimbabwean public healthcare system to bleed further, according to local health officials.

“Many doctors and nurses are scrambling for the better wages offered in neighboring countries and abroad, and this is leaving the local healthcare with labor deficits,” a doctor at Parirenyatwa Hospital in Harare, who refused to be named, told Anadolu Agency.

Now, the exodus of Zimbabwean health professionals has not helped matters either.

The wages of nurses and doctors have remained low despite a government pledge to raise them.

As such, an average Zimbabwean government worker earns less than $200 monthly, while in the UK, which relaxed visa restrictions for health workers in 2020, nurses earn 10 times more.

As the exodus of health workers continues, last year the Zimbabwean government also said it was engaging the UN in an attempt to recover millions of dollars from countries that have recruited the nation’s fleeing healthcare workers.

According to the Zimbabwean Health Ministry, it costs about $70,000 annually to train just one medical doctor and over $350,000 to fully train a single doctor in the Southern African country.