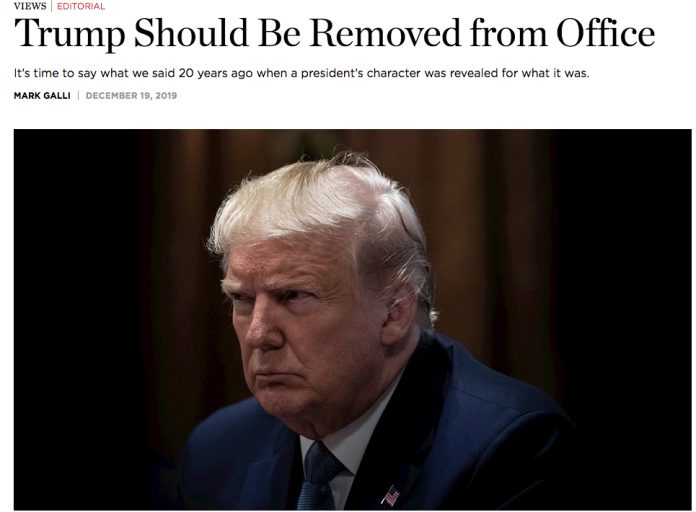 Penned by Editor-in-chief Mark Galli, the flagship Evangelical magazine also warned like-minded Christians to abandon Trump for the sake of Jesus Christ or live with the religious consequences.

Galli wrote that the impeachment proceedings left no doubt that Trump has “used his political power to coerce a foreign leader to harass and discredit one of the president’s political opponents”, which he claimed “is not only a violation of the Constitution; more importantly, it is profoundly immoral.”