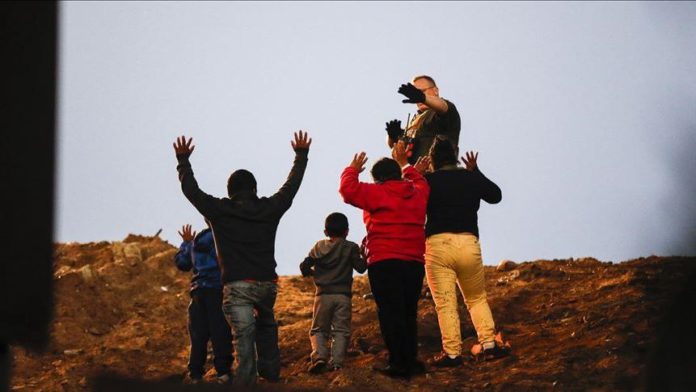 The US and Mexican government have subjected more than 20,000 children to the risk of serious harm under the “Remain in Mexico” program, a Trump-era policy that has been reinstated during the Biden administration, Human Rights Watch (HRW) said Friday.

At least 21,300 asylum-seeking children were sent back to dangerous Mexican border cities by the US under the program during the administration of former US President Donald Trump. Many of them are still there waiting for their situation to be resolved.

“The data shows how many children the Trump administration wrongly sent to dangerous conditions in Mexico, many of them still there a year after President Joe Biden came into office with pledges to end this program,” said Ari Sayyer, US border researcher at Human Rights Watch.

Some of these children re-entered the country between February and August 2021, when the Biden administration ended the program.

Children made up about 30% of asylum seekers that were placed in the program.

Since early December, more than 330 people hoping to claim asylum in the United States have been returned to Mexico following the reactivation of the program.

The “Remain in Mexico” program allows officials to send non-Mexican migrants to Mexico to await their US immigration court hearings.

Some 70,000 people, including children, have been forced to wait in dangerous and unsanitary refugee camps in Mexican border towns.

Although President Joe Biden had promised to end the program that was a signature immigration policy for Trump, a federal judge in Texas ordered the administration to revive the policy. This ruling was ratified weeks later by the US Supreme Court.

Biden’s administration has said that although the Department of Homeland Security put in place changes to “improve humanitarian components,” the program is still “inhumane.”

According to the human rights organization, although children have not been placed in the program since it restarted, the Biden administration has sent families with children to Mexico and other countries more than 145,000 times under another expulsion policy.