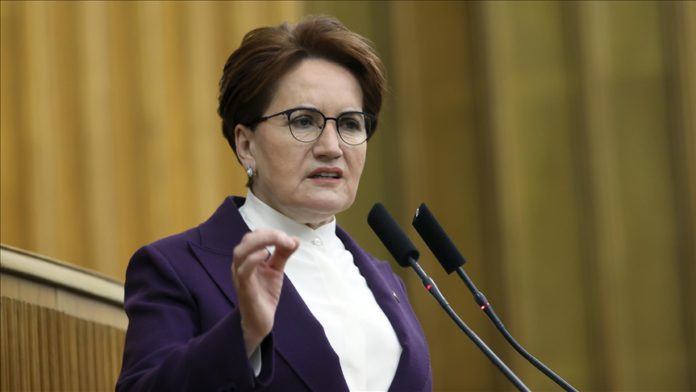 The release from prison of terrorist PKK head Abdullah Ocalan can never be allowed, the leader of a Turkish opposition party said on Wednesday.

Ocalan was arrested by Turkish forces in 1999 and sentenced to death for forming armed gangs under Article 125 of the Turkish Penal Code. The sentence was commuted to life in prison, as the death penalty was abolished in 2004.

Speaking about Selahattin Demirtas, former leader of the Peoples’ Democratic Party (HDP), now also serving out a sentence in Edirne prison, Erdogan last week said in parliament: “The one in Edirne (Demirtas) will have to answer the most to the one in Imrali (Ocalan).”

The president of “this country cannot talk like that,” said Aksener, referring to Erdogan’s remarks, adding that if any legal decision is taken in Turkiye, the judiciary will do it.

Saying that she was “warning” the president, Aksener added: “If you are after releasing the one who is in Imrali (Ocalan), stop there. Don’t even think about it. Don’t do that.”

“Do not try to do such a bad thing to this country to win elections,” she added, referring to general and presidential elections scheduled for next year.

Erdogan is known to frequently denounce the terrorist PKK and has ordered multiple security operations against the terror group and its offshoots. He has never suggested freeing Ocalan.

In 2016, Demirtas and 12 HDP lawmakers were arrested on terrorism-related charges. In 2018, he was sentenced to four years and eight months in prison for spreading terrorist propaganda, leading a terrorist group, and inciting public hatred and hostility.

Turkiye’s government accuses the HDP of having links to the terrorist PKK, and state prosecutors have filed a case seeking the party’s closure.